The rose beginner piano keyboard and flute letter notes now included. Bette Midler recorded this song, so did André Rieu and band. Written by Amanda McBroom. The Rose Bette Midler solfege sheet music notes [ Do Re Mi ] now included. I worked this one out on a D whistle. Also recorded by Westlife. I have included a youtube video showing how to play along. This song is linked to the ''Pop Songs Tin Whistle Notes '' I must admit this was one of the easiest songs I ever played on the whistle, probably because the first and second lines are exactly the same. It's a lovely little song with a beautiful simple melody and a great song for beginners.  The guitar chords are also included to go along with the whistle notes. The rose violin sheet music for beginners now added showing which fingers to place on the strings for every note.

The rose tin whistle sheet music notes by Bette Midler. This version is in the key of G Major and set for the D whistle. 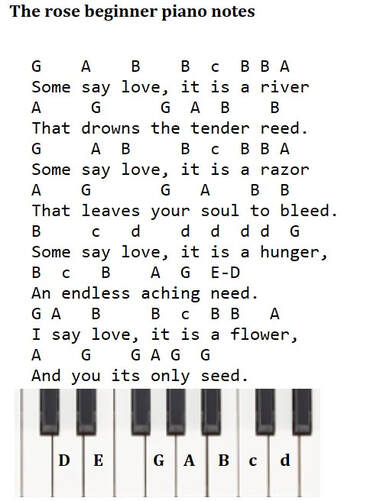 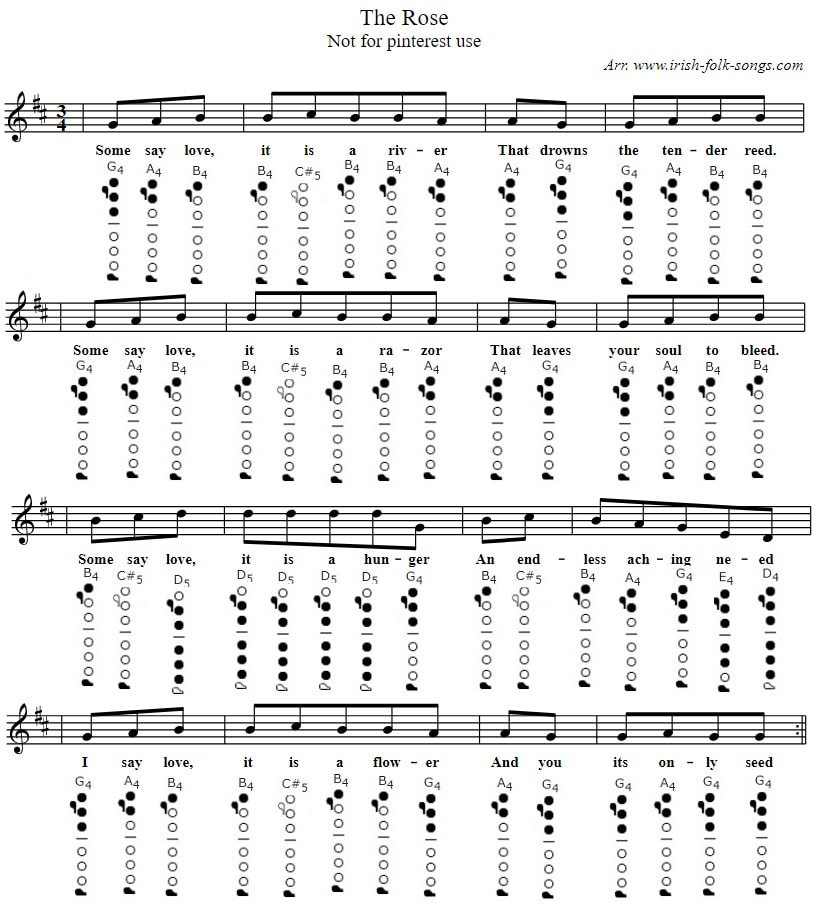 These notes are the same as what's in the sheet music above, suited to piano keyboard recorder and flute.
Below are the letter notes for another Bette Midler song, The Wind Beneath My Wings. 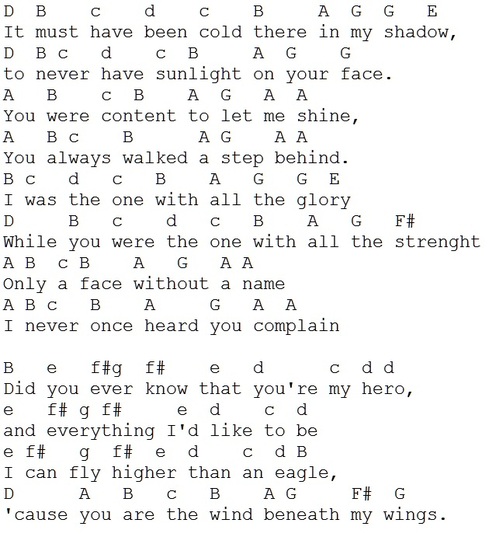 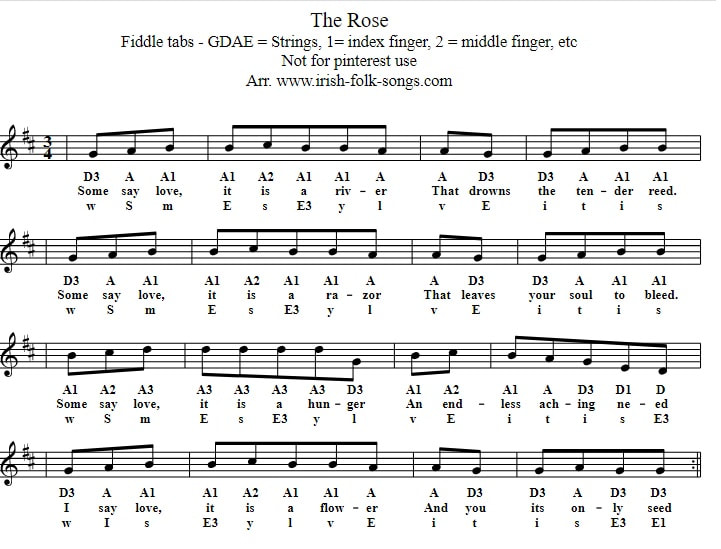 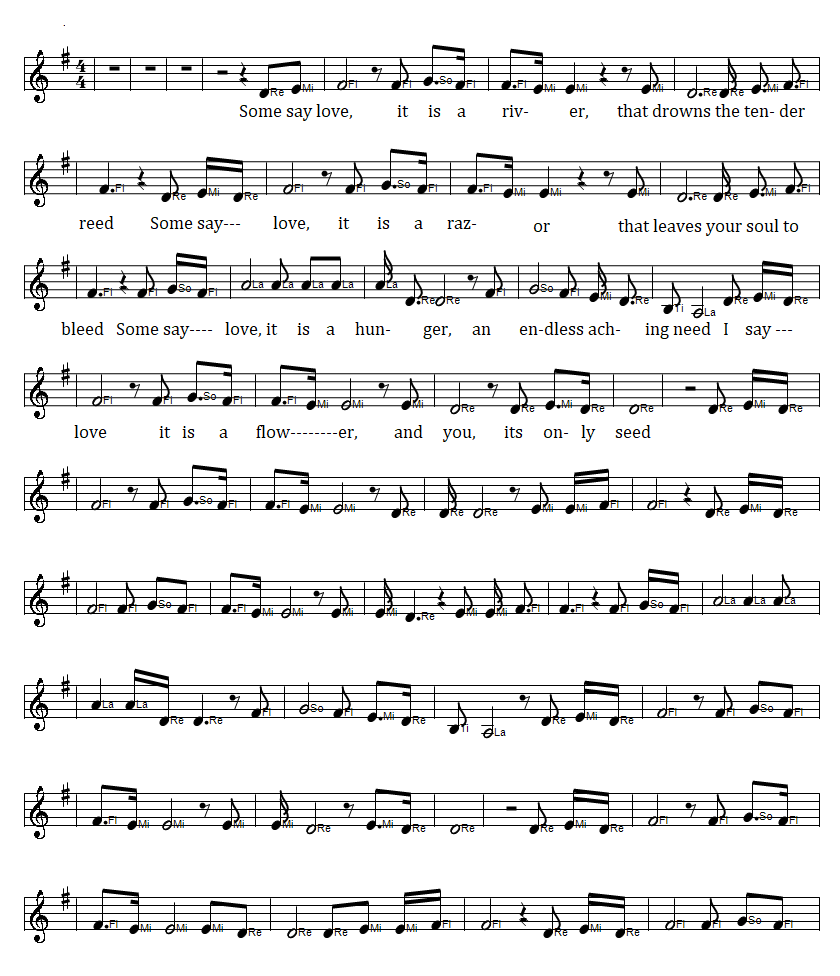