The singer here is Declan Hunt in the youtube video who's a familiar name on this site as he's covered as many rebel songs as the Wolfe Tones and is known for his version of The Third West Cork Brigade Song  Written by P.O'Neill. Also recorded by Sean Dunphy. The guitar tab is by Marc Fahrbach. Although the song is credited to P'O' Neill and he may well have written it, it should be pointed out that the name P.O'Neill was used by members of the I.R.A. when signing documents of many descriptions. The guitar chords are in C Major in chordpro. 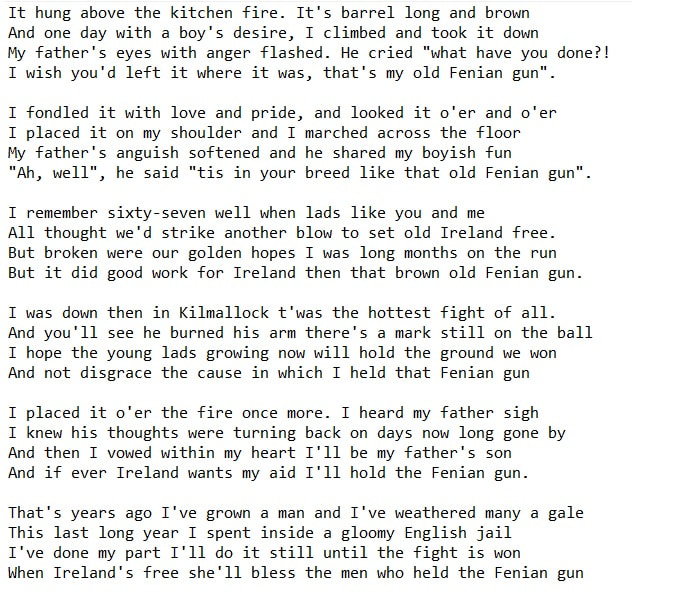 For Declan Hunt’s version use capo on 4th fret)