The Mountains Of Mourne Lyrics And Chords

The Mountains Of Mourne Irish Folk Song Lyrics And Easy Guitar Chords. The 5 string banjo chords for the key of G Major are included. The lyrics of this song are by Irish singer / songwriter Percy French [1854-1920] with the music of an old Irish tune called 'Carrigdoun' , recorded by Paddy Reilly, Jim Brainigan, Foster And Allen, the video is of Celtic Thunder, Kieth Larkin. The youtube video is by Irish Mist. Also recorded by Don McLean, The Furey's And Davie Arthur, Irish Mist and John McDermott to name a few. The guitar chords in chordpro are for the Irish Mist version of the song, key of D. This version is very easy to play along with. Also recorded by Nathan Carter in 2019.
Song Words / Easy Guitar Chords In The Key Of D

I believe that when writin' a wish you expressed
As to how the fine ladies in London were dressed
Well, if you believe me, when asked to a ball
Faith, they don't wear no top to their dresses at all.
Oh, I've seen them myself and you could not in trath
Say if they were bound for a ball or a bath
Don't be startin' them fashions now, Mary Macree,
Where the mountains of Mourne sweep down to the sea.

I've seen England's king from the top of a bus
And I've never known him, but he means to know us.
And tho' by the Saxon we once were oppressed,
Still I cheered, God forgive me, I cheered with the rest.
And now that he's visited Erin's green shore
We'll be much better friends than we've been heretofore
When we've got all we want, we're as quiet as can be
Where the mountains of Mourne sweep down to the sea.

You remember young Peter O'Loughlin, of course
Well, now he is here at the head of the force
I met him today, I was crossing the Strand
And he stopped the whole street with a wave of his hand
And there we stood talkin' of days that are gone
While the whole population of London looked on
But for all these great powers he's wishful like me
To be back where the dark Mourne sweeps down to the sea.

There's beautiful girls here, oh, never you mind
With beautiful shapes nature never designed
And lovely complexions all roses and cream
But O'Loughlin remarked with regard to the same
That if at those roses you venture to sip
The colours might all come away on your lip
So I'll wait for the wild rose that's waitin' for me
Where the Mountains of Mourne sweep down to the sea. 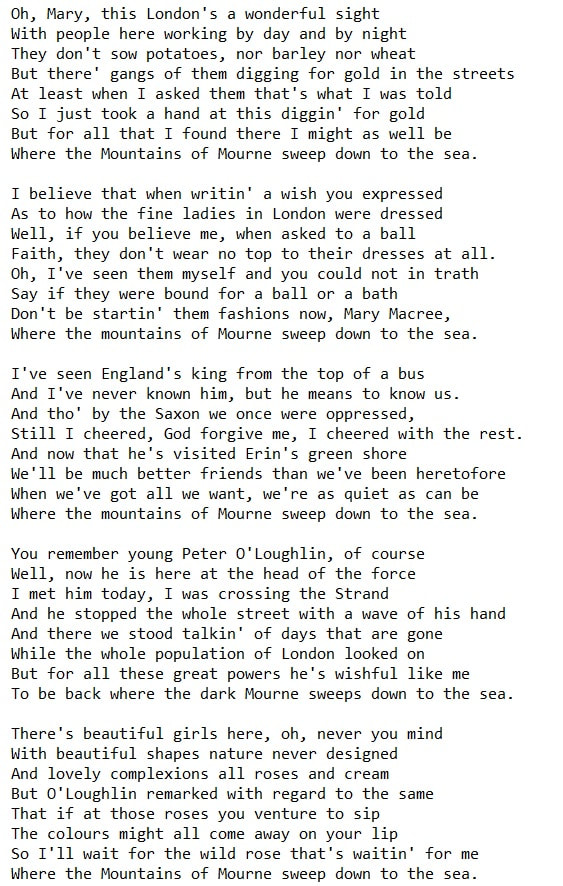 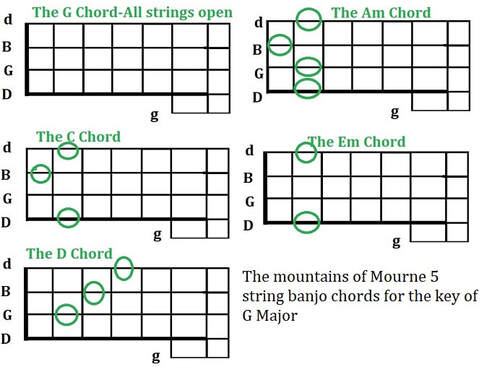 Lyrics And Chords In The Key Of G Major. 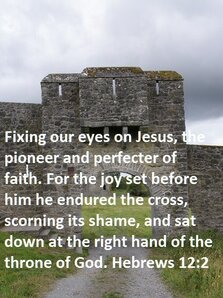