The Lonely Woods Of Upton Lyrics And Chords

The guitar chords are in the key of D with another version in B which are the one's Sean Dunphy uses. Chordpro format is used. On Feb.15th 1921 the third Cork brigade lay in wait at Upton station near Bandon to hijack a group of British solders travelling on the 9.30 Cork to Bantry train, A similar hijack a few days earlier on the Tralee train by the second brigade had been successful. They had expected less than 20 solders to be on board the train, However 50 solders got on the train at Kinsale .As soon as the train pulled into the station the volunteers opened fire, When they saw how many solders there were they tried to withdraw,but 3 men died and many more were injured. Six civilians were also killed in the crossfire, It was a disaster for the West Cork Brigade. Sean Dunphy made the song  famous and is the singer in the youtube video..
Lyrics And Chords For The Lonely Woods Of Upton

Many[D] homes arte filled with sadness and with[G] sorrow,
Many[A7] hearts are filled with anguish and with[D] pain,
For old Ireland now she hangs her head in[G] sorrow,
For thoes[A7] men who died at Upton for Sinn[D] Fein.
[Chorus]
Let the moon shine out tonight along the vally,
Where thoes men who fought for freedom now are lain
May they rest i  peace thoes men who died for Ireland,
In the lonely woods of Upton for Sin Fein.
[2]
Some were thinking of their mothere wives and swethearts,
Some were thinking of their dear old Irish homes,
Did they think of how they drilled along the valley
When they marched out from Cork city to their doom.
[3]
Then the warning cry rang out boys fix your bayonets,
And thoes gallant lads they fixed them for the fray,
Gallantly they fought and died for dear old Ireland,
In the lonely woods of Upton for Sinn Fein
Here are the guitar chords for the Sean Dunphy version of the song. 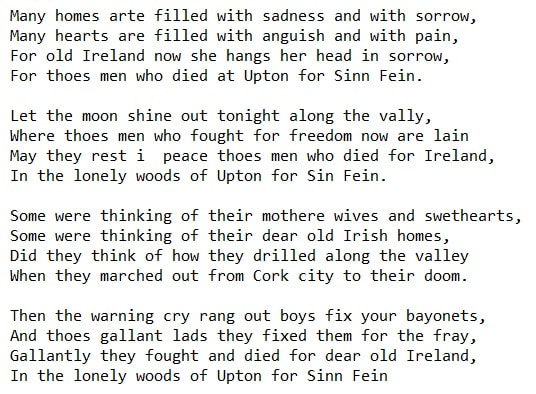 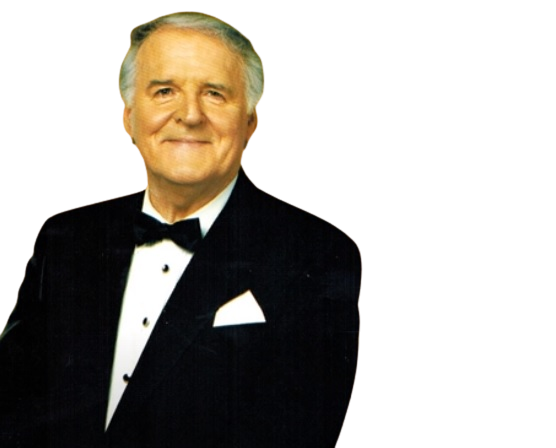