The Lidl Aldi Song Lyrics. Written and recorded by Mick McConnell about the German stores. Mick says he wrote this song after his wife was sick and he had to do the daily shopping himself. After a couple of weeks he ended up with a shed full of kinds of power tools and d.i.y stuff he never intended to buy. You see Micky isn't much good at the auld d.i.y. around the house. By the way if you didn't already know, it was Mick who wrote that famous ballad ''Only Our Rivers Run Free Lyrics'' many moons ago. Also included is The Lidl Song By Andy Conway. These songs pokes a bit of fun at the German . A song called The Ballad Of Lidl & Aldi was recently recorded by Seamus Moore ahich is different to this version.
I've been shopping in Dunnes Stores now all me life,
But suddenly walks in my lovely wife.
We haven't gat a drop of milk now
and the rent man's on his way,
I got me hair washed cut and blow dried
so we've no funds left today.

Every month the magazine comes out,
from camping gear to brand new German stout.
Me mother wont touch the meat
She thinks its odd and the father's wearing Lycra,
just to walk the fecking dog.

Now me shopping's less that 20 quid,
Cheap auld Mars bars take up half me fridge,
The Tayto's still crap, we'll forgive them for that.
The vodka almost kills you with a [ save ? ] 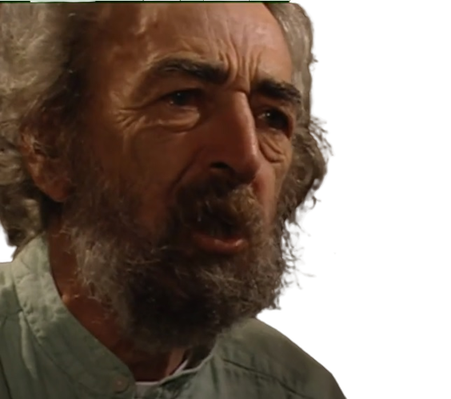 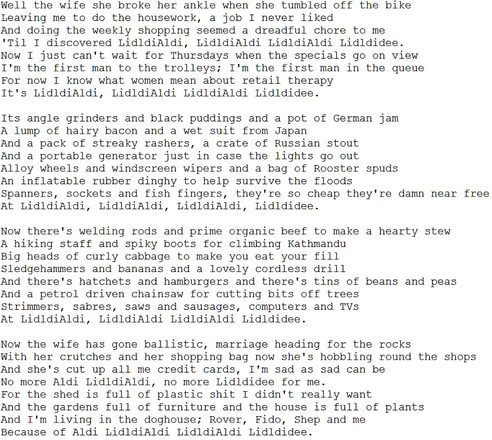