The Last Rose Of Summer Lyrics And Chords

The last rose of summer 4 part piano sheet music notes included plus the tin whistle tab.[ Suitable for flute ] Written By Thomas Moore. The easy guitar chords are in D Major in the chordpro format. This song is set to 'The Young Man's Dream' , Recorded by The Fureys, the tin whistle sheet music notes are included.  Also recorded by Celtic Woman, Andre Rieu and his orchestra, Rita Streich, Laura Wright and John McDermott who is singing in the youtube video. Other songs by Thomas Moore on the site include The Meeting Of The Waters Song which is a song written about two rivers meeting up in County Wicklow, another song is The Minstrel Boy Song which is very popular in the United States.
The Song Lyrics And Easy Chords In The Key Of D

I'll not leave thee, thou lone one! to pine on the stem
Since the lovely are sleeping, go sleep thou with them
'Thus kindly I scatter thy leaves o'er the bed
Where thy mates of the garden lie scentless and dead.

So soon may I follow, when friendships decay
And from love's shining circle the gems drop away
When true hearts lie wither'd and fond ones are flown
Oh! who would inhabit this bleak world alone!
The following was written by J.W. Glover in 1859 who set Moore's songs to music.
Having undertaken to prepare this new addition of Moore's Irish Melodies for the press, I deem it my duty to make a few brief  observations on the manner I have ecquitted myself of the trust so generously confined in me by our eminent publisher.

In the original addition the music was printed only in connection with the first or second verses of each melody, the remainder being merely given in letter-press,but in this edition the words of all the verses are accompanied by the music, together with the piano-forte part in full, an arrangement which, from it's great expense, has not been hitherto attempted.

In the harmonized airs, Sir John Stevenson's chaste and beautiful arrangements have been in all cases retained. The instrumental pieces having been originally set for two performers on the piano-forte, did not obtain, from that circumstance, the same popularity accorded to the other portions of the work. Feeling that these precious reliques, having the national character to  forcibly stamped on them, should be brought within the range of individual effort, I have reset them for the piano-forte in a form more likely to become more popular than that of the original arrangement.

In the charming song ''The Last Rose Of Summer'' I have ventured, without altering the melody, to suggest a few graces of expression not found in the original music, in the hope that they will assist the performer in the true delivery of this beautiful and most tender melody.

In the characteristic song, Where's The Slave So Lowly,'' I have introduced the dirge at the end, in a harmonized form, retaining the original melody. This version adopted at the commemoration of Moore, given by me in March 1852, immediately after the poet's death, was sung by nearly two hundred  voices, and as it obtained much favor with the public, I have ventured to  retain it in the present edition. Little need be said about the merits of the  work, the sentiments and narrative of the songs being such as will ever recommend them to the universal praise and sympathies of mankind.

Of the Airs, some are so ancient that their origin is lost in remote antiquity,  others were composed within the range of known history by the bards or itinerant  musicians of Ireland, while many were produced at a comparatively modern period, mostly by Carolan, who is said to have been The Last Bard Of Ireland. Handel, Geminiani and other eminent musicians, have bestowed their tribute of fervent admiration on the beauty of this ancient music, whose strains are now inseparably wedded to the exquisite Poetry Of Moore.

These melodies now form part of our national inheritance-something Ireland may truly call her own, and which shall always be looked upon as one of the most interesting and happy efforts of genius ever bequeathed to any country.
J.W. Glover 1859. The Lyrics Of The Minstrel Boy is also on this site and is another fine song from Thomas Moore. Below is my copy of Moore's Irish Melodies. 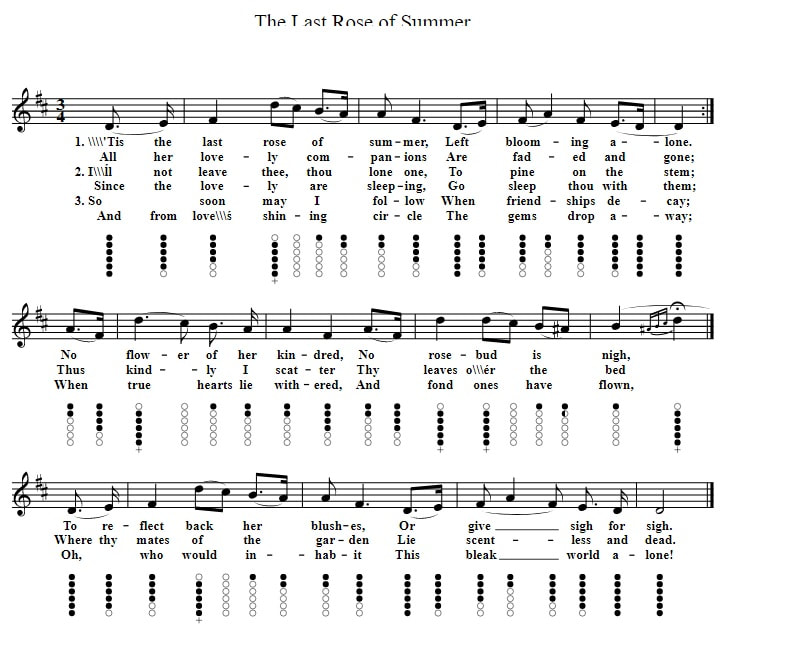 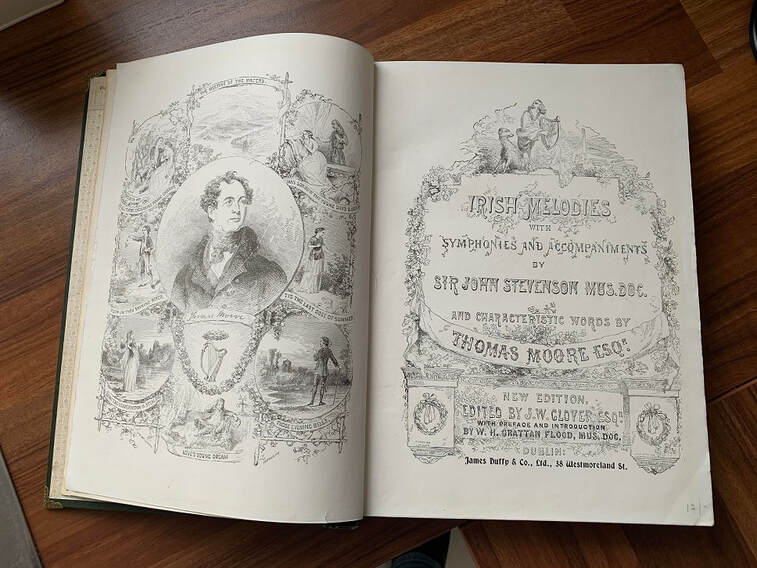 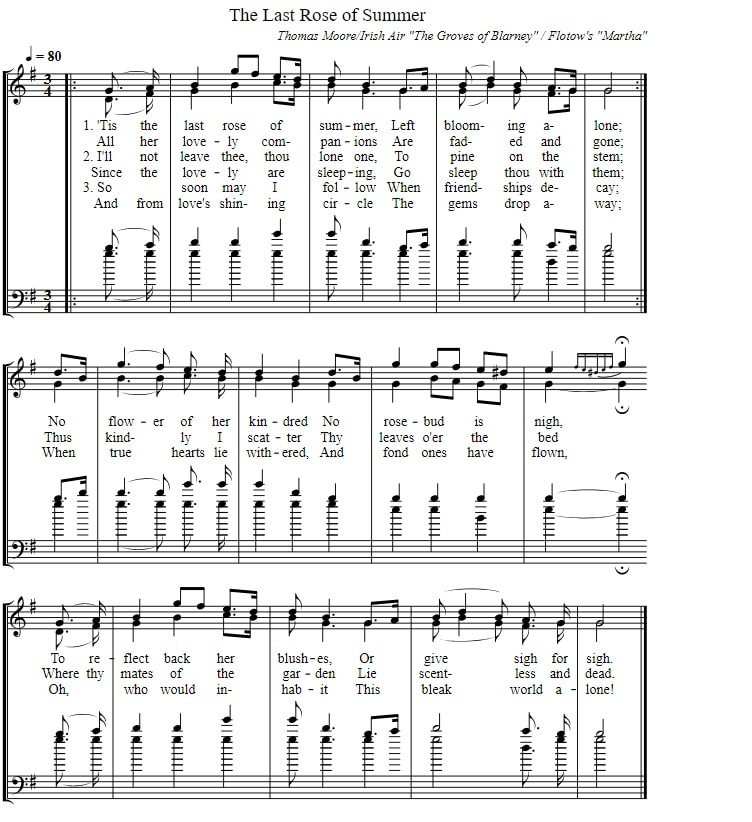