Amhrán na bhFiann - Along with the tin whistle sheet music which is in the key of D I have also given the easy to follow music letter notes. I worked this song out on a D whistle. The Irish national anthem solfege do re me sheet music notes now included plus the easy piano / keyboard letter notes. The basic letter notes can also be used for the recorder. I have also recorded a video to help you learn how to play the melody. In my version in the youtube video here I play the song using a tin whistle in the key of C, I used the C because the tune goes a bit high and when if played on a D it sort of makes too much noise. Use the same fingering regardless of the whistle key your using.
In the sheet music version there's a couple of lines which are used as an ''Intro'' and are usually not played as part of the anthem. The main melody starts at the third line which says ''Chorus'' , the chorus is the only part of the song that's sang or played, as a rule. 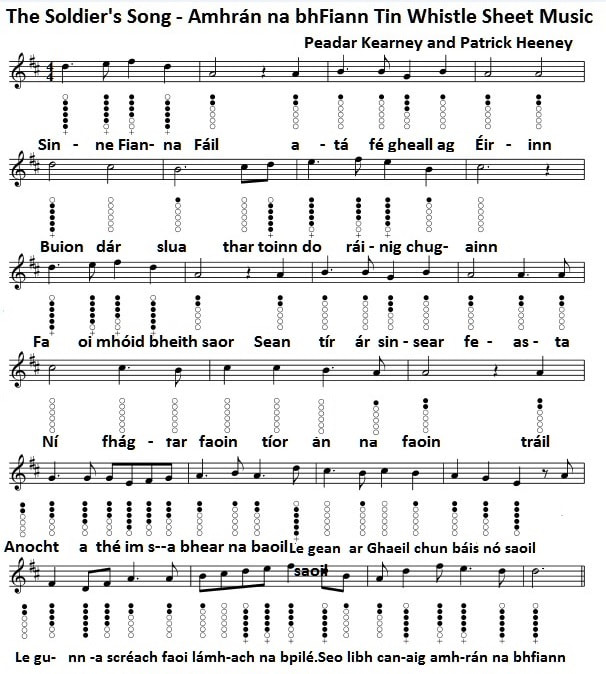 ​​Below is the list of songs that are in the ebooks. This is the largest collection of tin whistle songs ever put together.[About 800 songs ]
All of the songs have been made as easy to play as was possible.
​The price of this ebook is €7.50 and it will be emailed to you after payment. 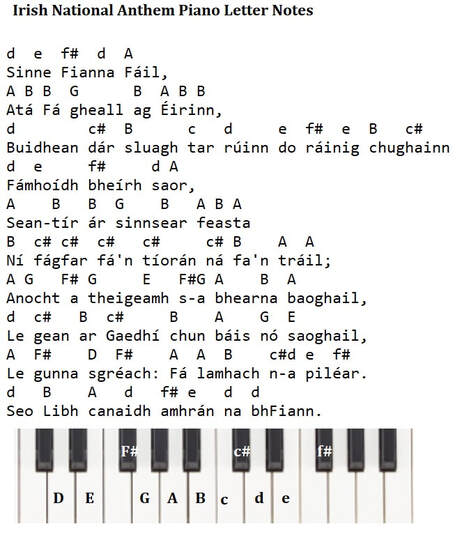 If your not familiar with the way I write out letter notes then let me explain. The small letter are the notes past middle B [ high notes ] and the LARGE CAPITAL LETTERS are the notes below B [ low notes ] so the song starts on the high d. In the video I use a C whistle for the simple reason that a D sounds a bit too loud. The finger positions are the same regardless of which tin whistle you're using. Amhran Na Bhfiann is also in my Tin Whistle Song Book on this site. The letter notes below can be played on a flute, recorder , piano / button accordion. 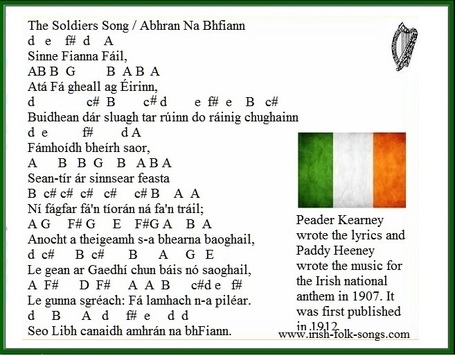 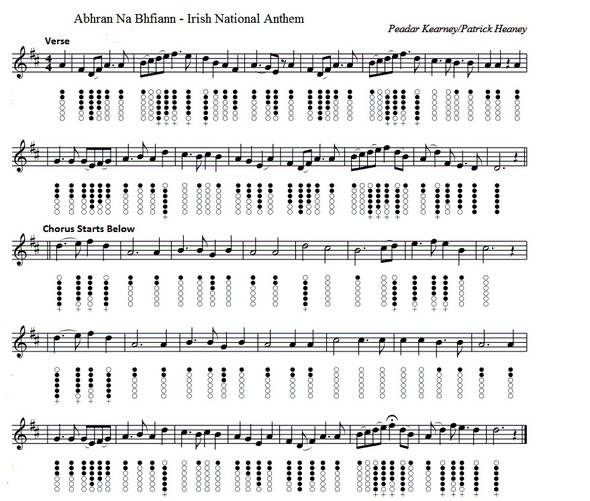 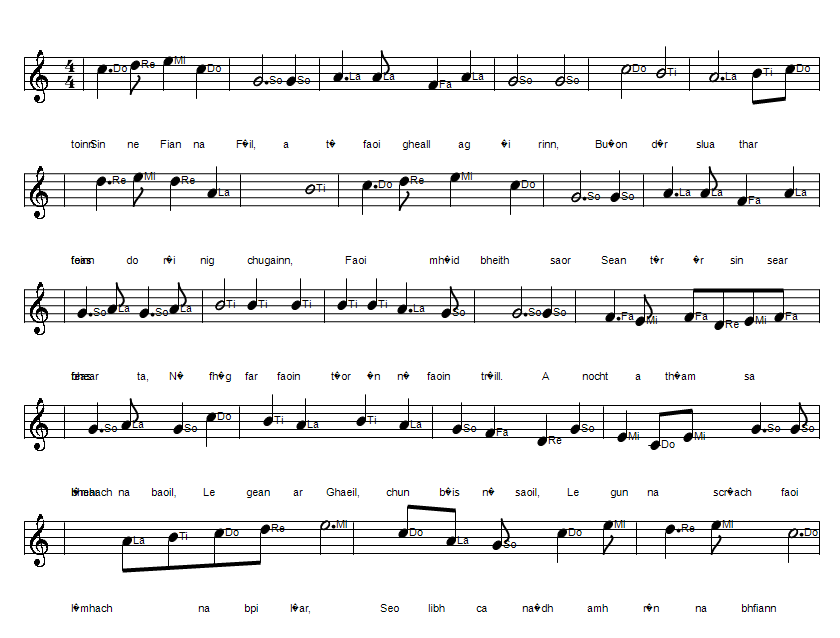 The Irish national anthem solfege do re me sheet music notes