The Galtee Mountain Boy Irish Folk lyrics and easy to play guitar chords. Written by Patsy O' Halloran.The ukulele chords are included. The ''Flying Columns'' were groups of men who roamed the countryside carrying out ambushes on British solders during the Black and Tan [ song ] war 1919-1921 and then during the Irish civil war, Christy Moore later put the extra verse on the end. also recorded by Paddy Reilly, P.J. Murrihy and The Wolfe Tones. The sheet music notes are below. The Galtee Mountain Boy was Paddy Davern who survived the war of independence and the Irish civil war,He lived a normal life and passed away in the 1990s. the sheet music and tin whistle notes are included.The Wolfe Tones play this song in the key of Bb.
Song Lyrics And Easy Guitar Chords In The Key Of G

[2]
We went across the vallys and over the hilltops green
Where we met with Dinny Lacey,Sean Hogan and Dan Breen
Sean Moylan and his gallant men they kept the flag flying high
Farewell to Tipperary said the Galtee mountain boy 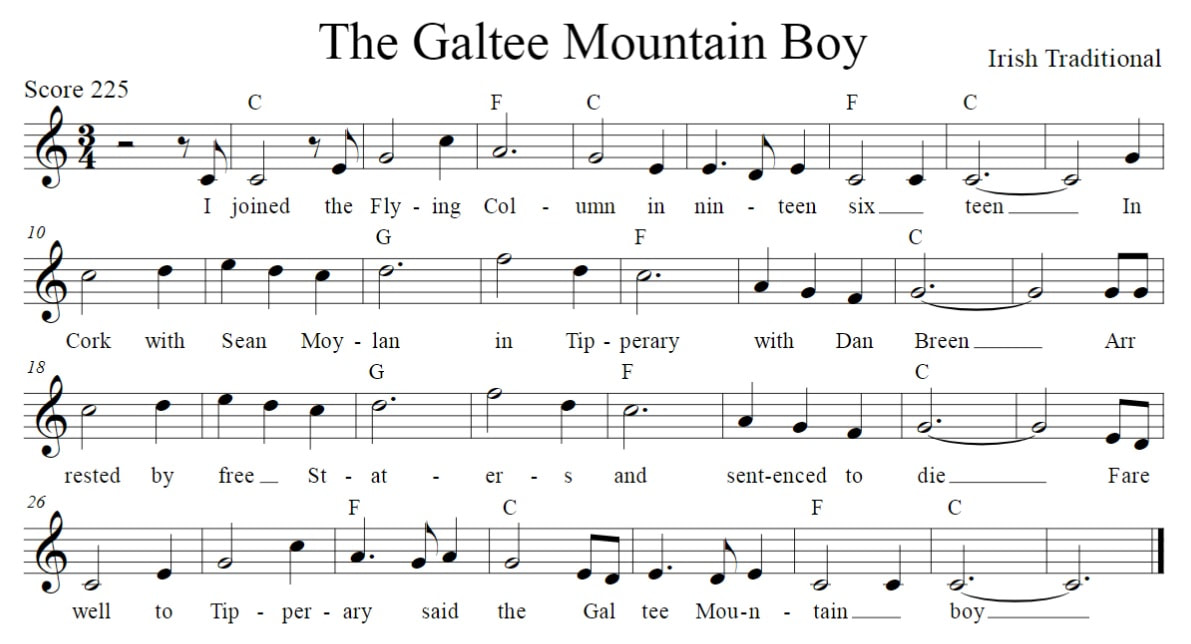 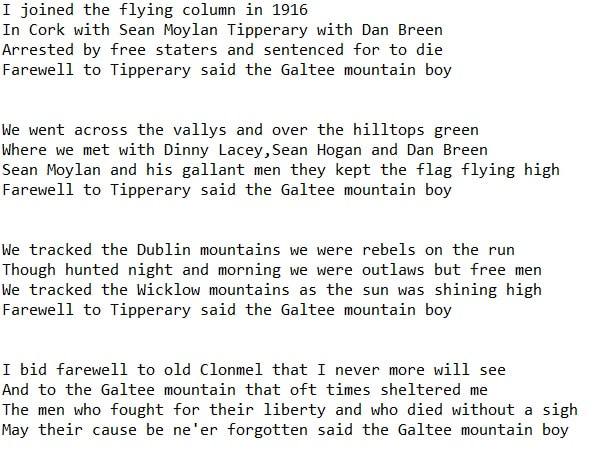 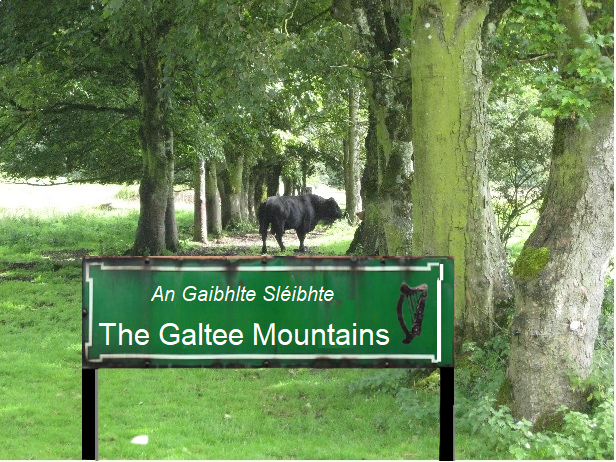 The Tin Whistle Notes For The Galtee Mountain Boy

The above version of the tin whistle notes are my own version of the song. Depending on who you listen to they all sing it slightly differently. When I play in on the whistle these are the notes I use, if somebody else had to sit down and work out the notes they may come up with something else. Return to Lyrics And Chords From G-J 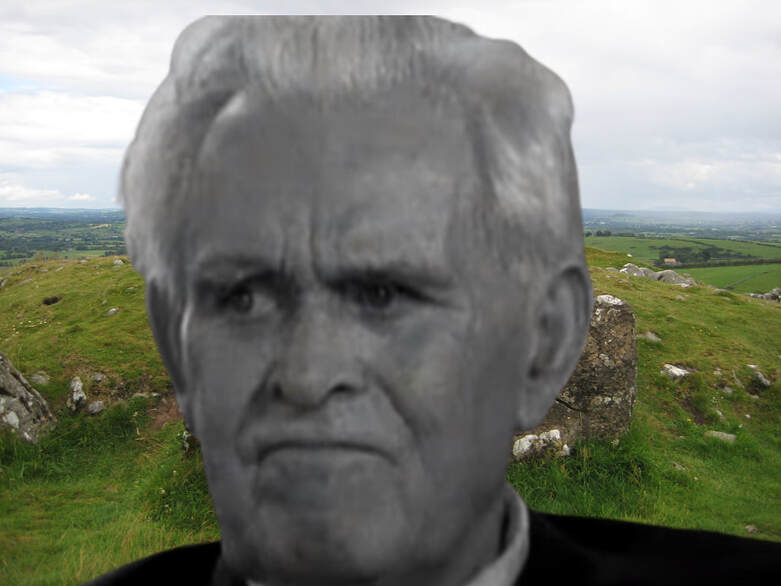