This is an old Irish rebel song dedicated to the fighting first Cork brigade of the I.R.A. There's another song called The Belfast Brigade that Christy Moore sings which uses the very same tune as this song, so if you want to know the air of this song then have a listen to Christy singing The Belfast Brigade. The Third West Cork Brigade is another similar song that's also included on this site an is better known.
When[G] Lloyd George's hired gunmen came and shot MacCurtain down,
They [C]thought the I.R.A. was dead in [G]Cork's own rebel town.
But they got a rude awakening when the debt was partly [Em]paid
In Lisburn [Am]and the Lower[D] Road by the[C] First Cork [G]Brigade.


We have no shiny gaiters or no Sam Brown belts to show. But we're able to defend ourselves wherever we may go.
We're out for the Republic and to hell with ye're Free State. We are the boys of the First Cork Brigade.
Chorus: 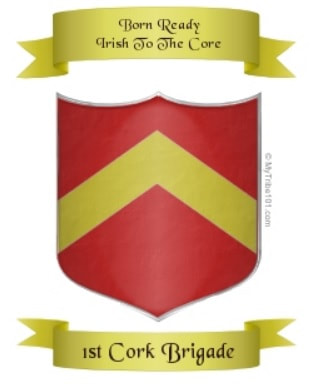