The Boys That Wore The Green Irish Song Lyrics And Chords

Unknown writer. Dedicated to the 160,000 Irishmen who fought in Yankee regiments against the south in the American civil war. It was recorded be David Kincaid and 'The Brandos' . There's a bunch of songs that are associated with the American Civil War and the some songs from American War Of Independence here on the site .
On the[Em] 21st of July,[D] beneath a burning sun,
Mc[Em]Dowell met the Southern troops in[G] battle at Bull[B] Run.
A[G]bove the Union[D] vanguard, was[Am] proudly to be [D]seen
Be[G]side the[D] starry[Em] banner,[B] old[Em] Erin's flag of green.


Col. Corcoran led the 69th on that eventful day,
I wish the Prince of Wales were there to see him in the fray.
His charge upon the batteries was a most glorious scene,
With gallant New York firemen and the boys that wear the green.


In the hottest of the fire, there rode along the line
A captain of the Zouave band, crying, "Now, boys, is your time."
Ah, who so boldy rides with the bold and dauntless men?
'Tis Thomas Francus Meagher [Ma-her] of Erin's isle of green.


The colors of the 69th, I say it without shame,
Were taken in the struggle to swell the victor's fame;
But Farnham's dashing Zouaves, that run with the machine,
Retook them in a moment, with the boys that wore the green.
Being overpowered by numbers, our troops were forced to flee.
The Southern black horse cavalry on them charged furiously,
But in that hour of peril, the flying mass to screen,
Stood the gallant New York firemen with the boys that
wore the green.
Oh, the boys of the 69th, they are a gallant band,
Bolder never drew a sword for their adopted land.
Amongst the fallen heroes, a braver had not been
Than you, lamented Haggerty, of Erin's isle of green.
Farewell, my gallant countrymen who fell that fatal day.
Farewell, ye noble firemen, now mouldering in the clay.
While blooms the leafy shamrock, whilst runs the old machine.
Your deeds will live bold Red Shirts and boys that wore the green 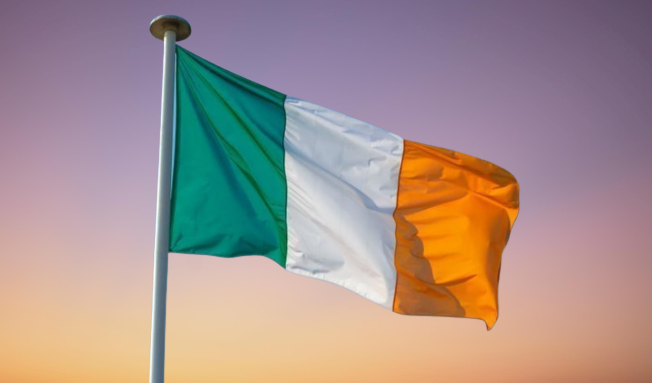