4/4 (traditional) Irish folk. Lyrics and chords fit Johnny McEvoy’s version from his album ‚Never Smelt The Roses‘ . The music time signature is 2/4. [ General Irish Folk Song ]The sheet music and tin whistle notes are included. The singers in the youtube video are Joanie Madden, Frances Black who had massive success with All The Lies That You Told Me many years ago. and Mary Black. Musicians play a central roll in the making of any C.D. yet seldom get a mention, there's some fine musicians involved in this song and deserve some credit. Bantry girls lament piano sheet music notes in D Major, in solfege format [ Do Re Me ] now added. 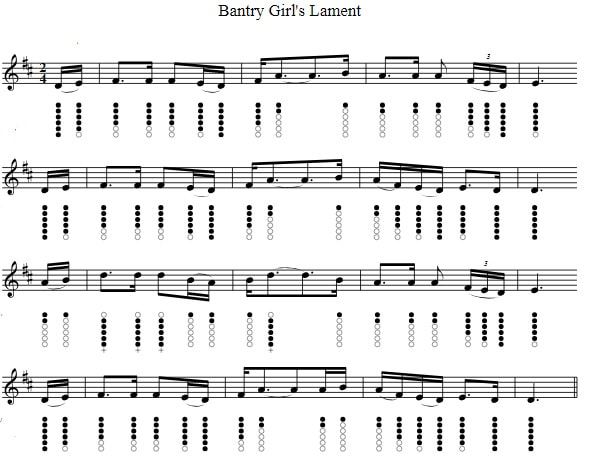 Bantry girls lament piano sheet music notes in D Major, in solfege format [ Do Re Me ] 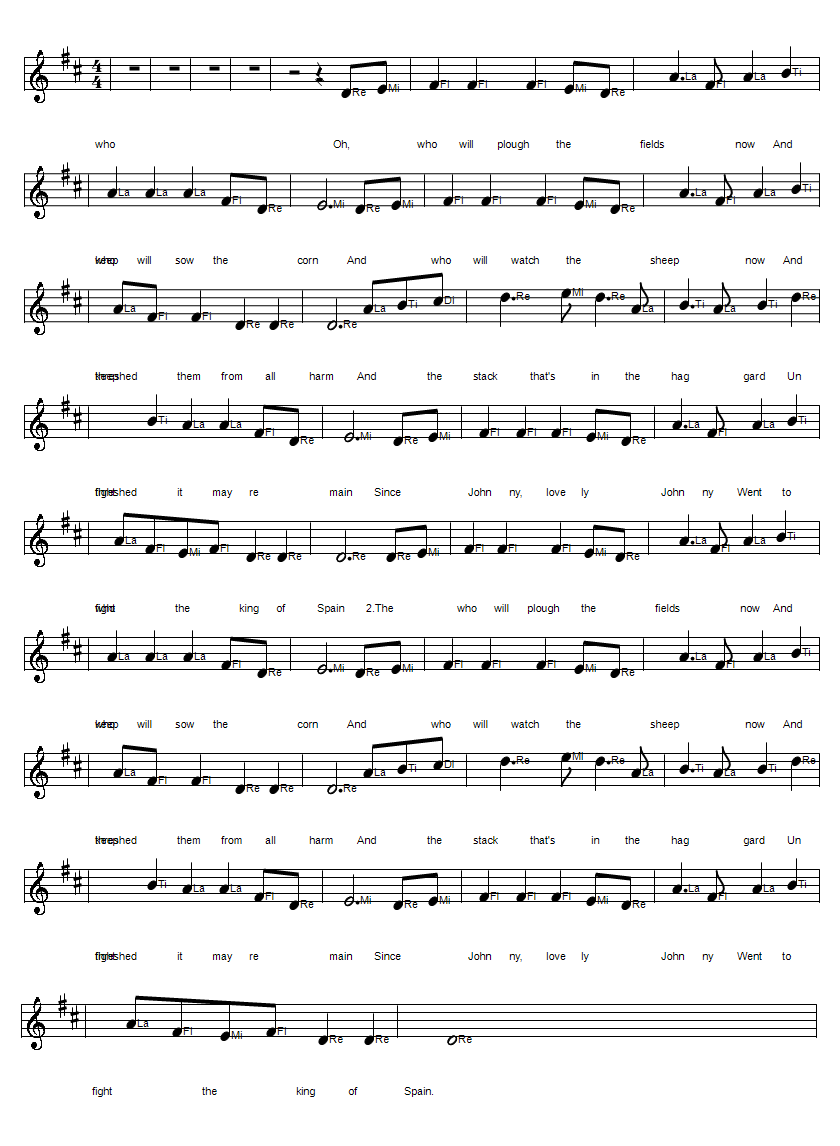