The Ballad Of Henry Holloway Lyrics And Chords

Written by Eric Bogle. Here's another great example of Eric's songwriting skills
[D)Saturday night & the bar-room is howlin' with (A)young weekend cowboys all (D)struttin' and prowlin'
(D)Drinkin' straight bourbon and tryin' not to shiver as it (A)burns down their throat and plays (D)hell with their liver
On a (D)small stage in the bar's farthest (A)corner sits Henry Holloway playin' his (D)guitar
(D)Under the spotlight, sweat on his face (G)glistenin'. (D)singin' his heart out and (A)nobody's (D)listenin'

Evylin sits by the stage, she's the only one clappin' with eyes brightly shinin', feet in time tappin'
Face full of love as she watches her man in his shirt of blue rhinestones she sewed on by hand
Sweet red lips movin' as she sings along joinin' with Henry in his every song
Although she's heard them about one million times Love is tone-deaf as well as stone blind

Now the noise in the bar's like a volcano explodin' but up on the stage young Henry's is floatin'
Eyes closed and driftin' through his favourite dream, he sings of places he's never seen
Like Nashville and Memphis, New York & L.A. You can bet even money he'll get there some day
But if he don't, he just might not care 'cause when he sings his songs, he's already there

Saturday night's turned into Sunday mornin', the bar-room is empty, the bartender's yawnin'
Home go the cowboys with their jeans and high boots; come Monday they'll put on their ties and dark suits
Back to the motel go Henry and Evylin she falls asleep with her arms wrapped around him
and dreams of motel rooms & cheap crowded bars Henry lies wide awake and dreams of the stars 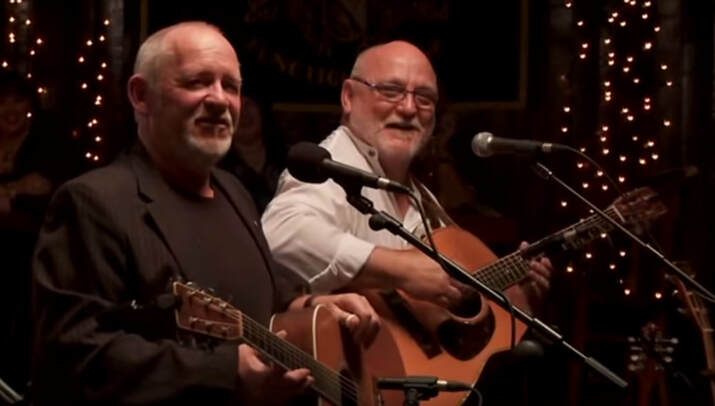 Here are alternative guitar chords for the key of C Major.