Step It Out Mary My Fine Daughter Irish lyrics and chords

How Step It Out Mary Was Written.Sean McCarthy - , now there's a song that keeps popping up, I tell you no lie when I tell you I wrote that on pieces of cement bags and toilet paper. I was WORKING, yes working on a building site in London when the idea came to me. We had an agent on the site, Paddy Carmody, a good friend of mine now, by the way. Paddy would be roaring his head of for Sean, and I'd be round the corner or in the jacks writing away. I sang it for Paddy the last time I was in London having a jar, yes I drink too; and Paddy liked it, he didn't offer
me a job though. I would say to anybody who thinks they can write songs ''Then Write Them'' , there's enough fighting and trouble in the world and songs old or new are a great help in these troubled times. Other songs by Sean McCarthy on the site include In Shame Love In Shame
Written by Sean McCarthy and the video here is by The Dubliners with Paddy Reilly doing the singing. The ukulele chords are included. Thanks to Donnacha Kavanagh for sending me this,The chorus has the same chords as the verses. The tin whistle sheet music notes are included. The song was also recorded by The High Kings, Noel McLoughlin, Sarah Calderwood and The Irish Descendants. The Dubliners play the song in the key of Bm. The High Kings play it in the key of Dm. The verses are some of the shortest I have ever seen written in a song, but that fact doesn't detract from the song in the slightest.
Step It Out Mary Song Words And Chords In Dm Key

Then a countryman came riding, up to her father's gates

Mounted on a milk-white stallion, he came at the stroke of eight

Step it out, Mary, my fine daughter

Step it out, Mary, if you can

Step it out, Mary, my fine daughter

Show your legs to the wealthy man

I have come to wed your daughter, Mary of the golden hair

I will buy for her a mansion, she'll have servants to command

Kind sir I love a soldier, I have pledged to him my hand

Mary’s father spoke up sharply, You will do as you are told

Near the village of Kilgory there's a deep stream running by

They found Mary there at midnight, she had drowned with her soldier boy

In the village there is music, you can hear her father say

Step it out Mary, my fine daughter, Sunday is your wedding day. 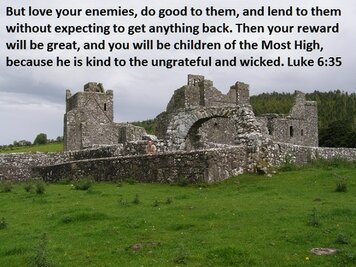 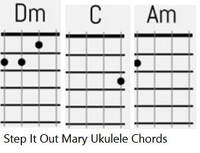