lyrics and chords Snoopy Vs The Red Baron

Snoopy Vs. The Red Baron Lyrics, Guitar Chords And Tin Whistle Sheet Music Notes [ Suited for accordion and flute ]. Guitar chords by Marc Fahrbach. Written by Phil Gernhard & Dick Holler, Recorded first by The Royal Gardsmen in 1966. Snoopy versus the red baron violin sheet music tab for beginners now included. Also included is a photo of The Red Baron's Plane Wreckage taked a couple of days after he crashed. 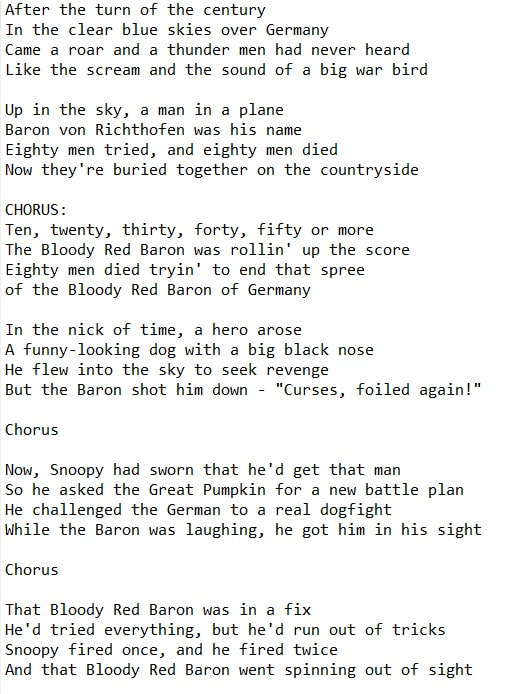 Up in the sky, a man in a plane
Baron von Richthofen was his name
Eighty men tried, and eighty men died
Now they're buried together on the countryside

In the nick of time, a hero arose
A funny-looking dog with a big black nose
He flew into the sky to seek revenge
But the Baron shot him down - "Curses, foiled again!"

Now, Snoopy had sworn that he'd get that man
So he asked the Great Pumpkin for a new battle plan
He challenged the German to a real dogfight
While the Baron was laughing, he got him in his sight

Chorus twice
Alternative Chords in the key of G.
(G)After the turn of the (C)century
(G)In the clear blue skies over (D)Germany
(G)Came a roar and a thunder men (C)had never heard
(D)Like the scream and the sound of a (G)big war bird

Key of C.
(C)After the turn of the (F)century
(C)In the clear blue skies over (G)Germany
(C)Came a roar and a thunder men (F)had never heard
(G)Like the scream and the sound of a (C)big war bird 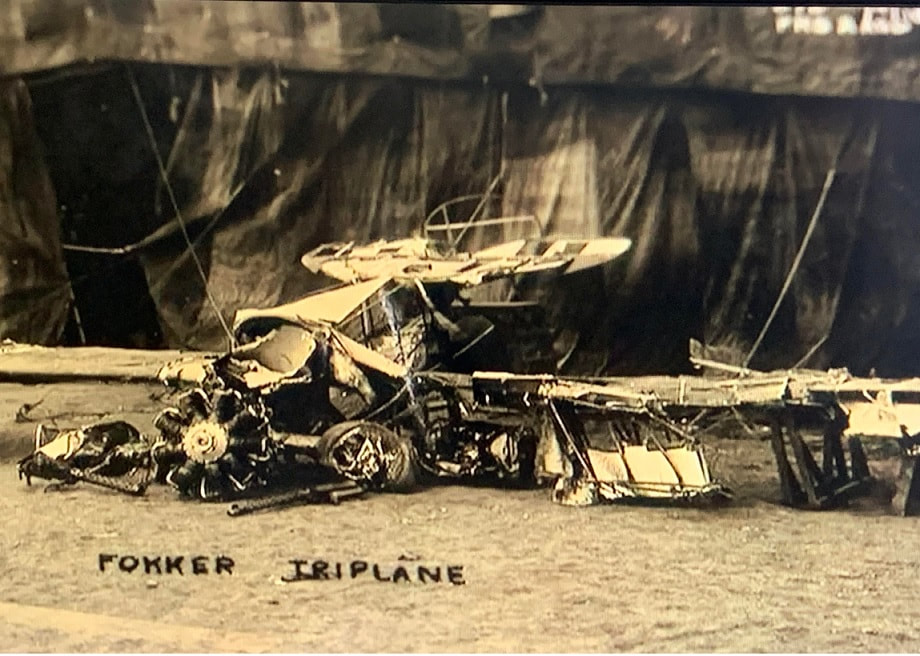 This version below of Snoopy Vs. The Red Baron Tin Whistle Sheet Music is in the key of G and a little bit easier to play than the version below in D Major. This should be played on your D whistle. Suitable for the accordion or flute. 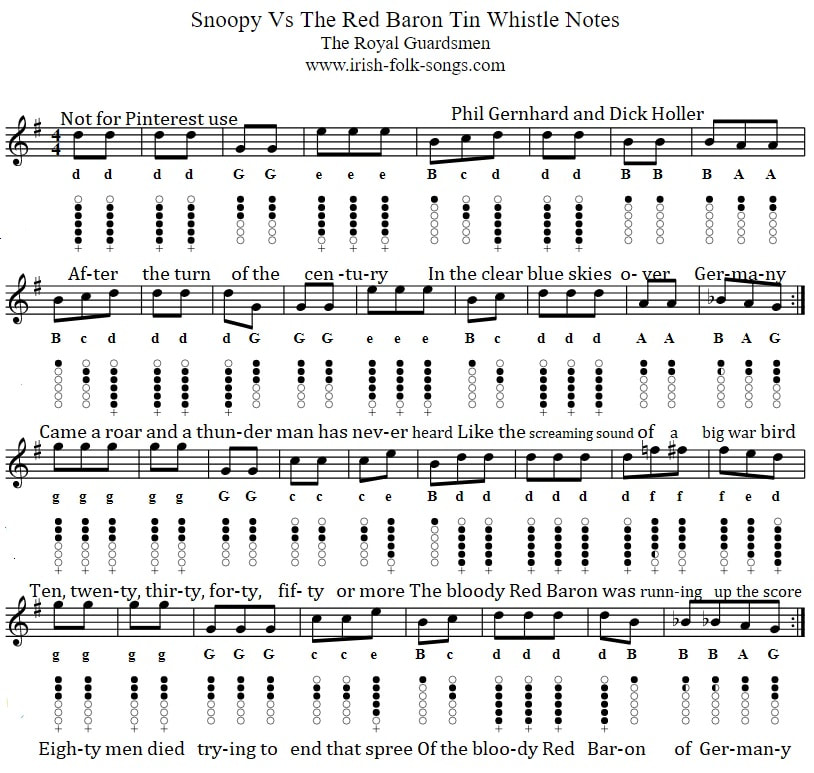 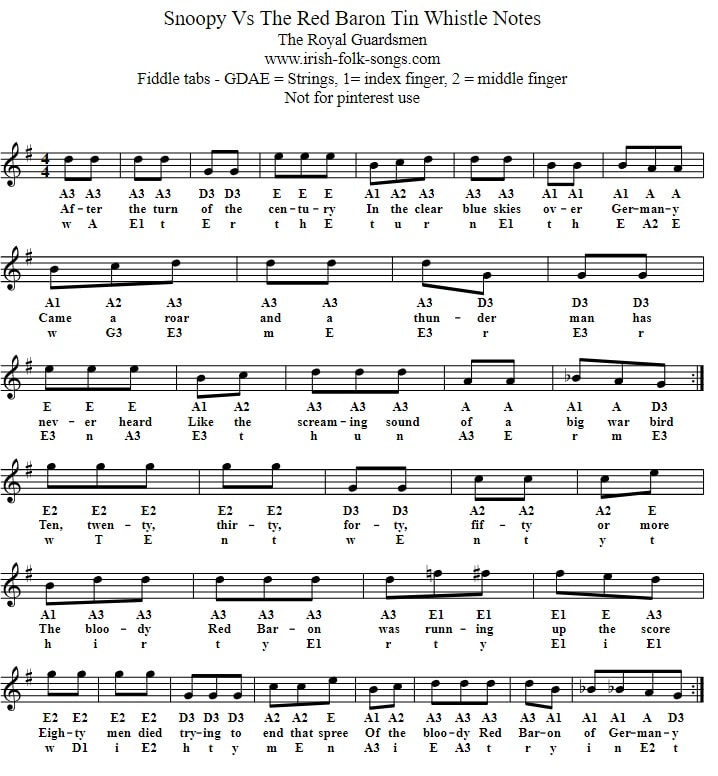 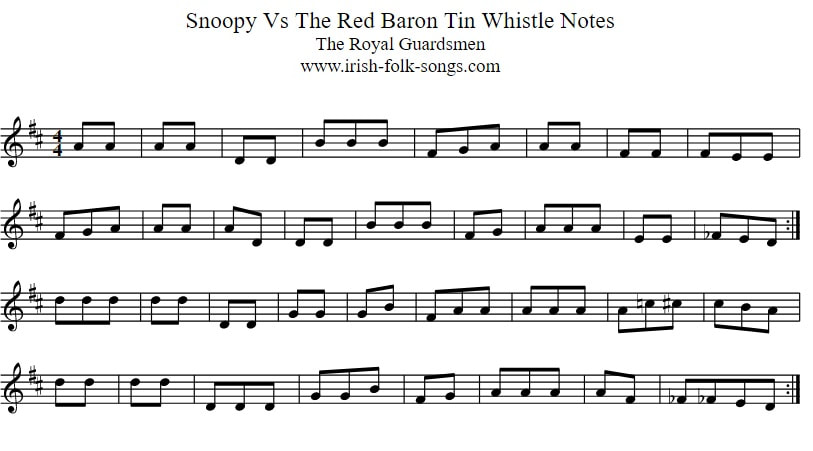 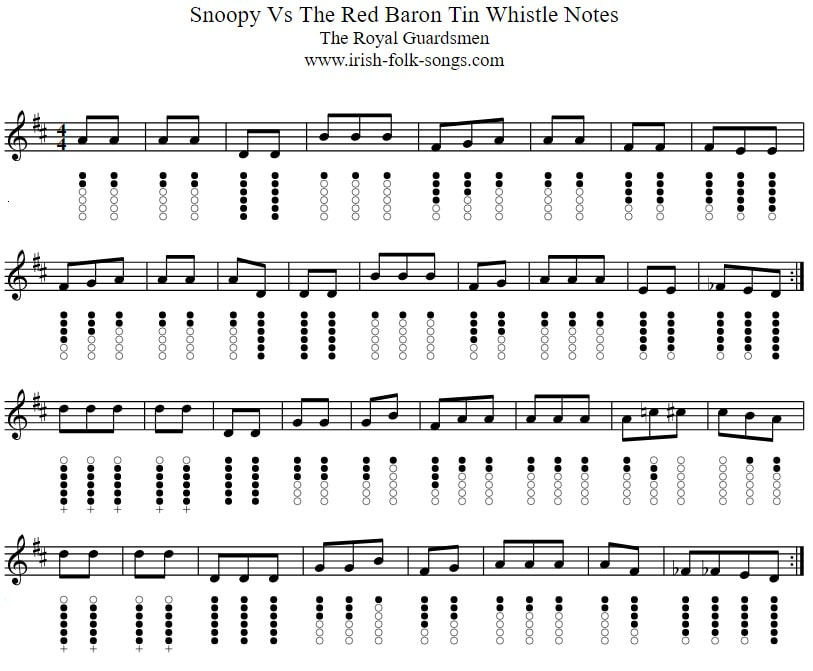