[ Christmas Song ] [ Beginner version included ]The small ''h'' beside the D notes in the letter note version means that it's a high D. The second verse notes are the same as the first so I didn't include it in the sheet music version. The piano keyboard / melodica/ accordion letter notes that are to be played are shown in an image for beginners who don't read sheet music. I have include three separate pieces of the tin whistle sheet music. The second version is in a G . ​Rudolph the red nosed reindeer flute sheet music notes added and include the basic fingering position of the holes. 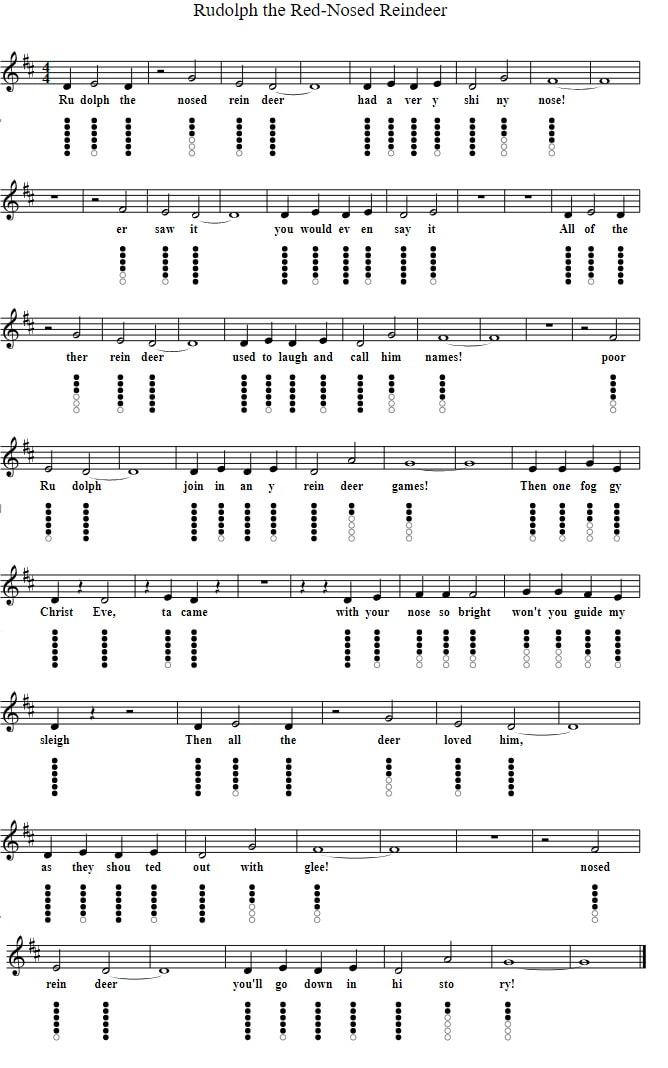 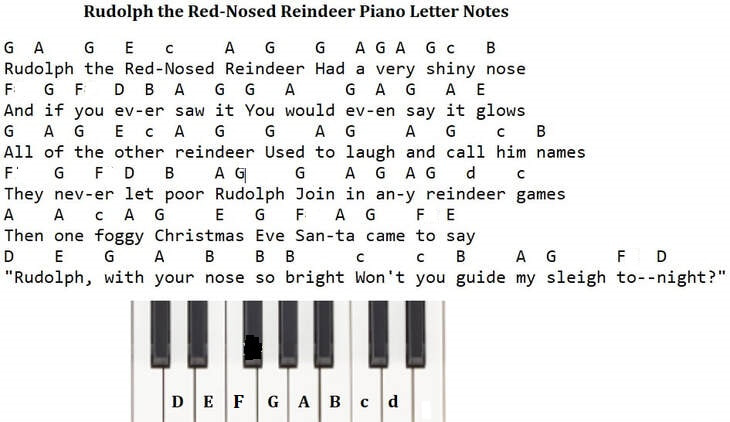 The version below has the verse included and leads on to the famous chorus. 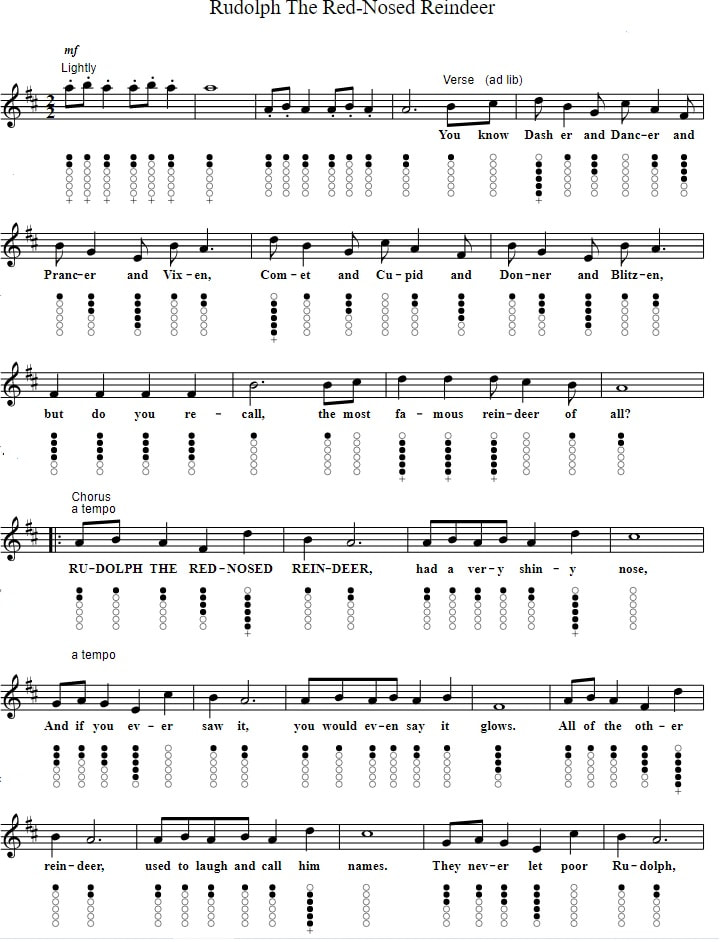 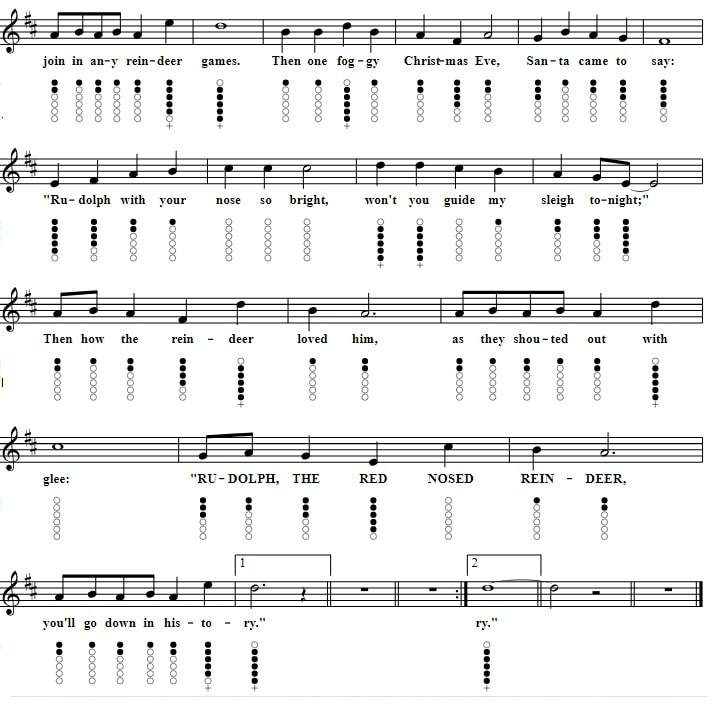 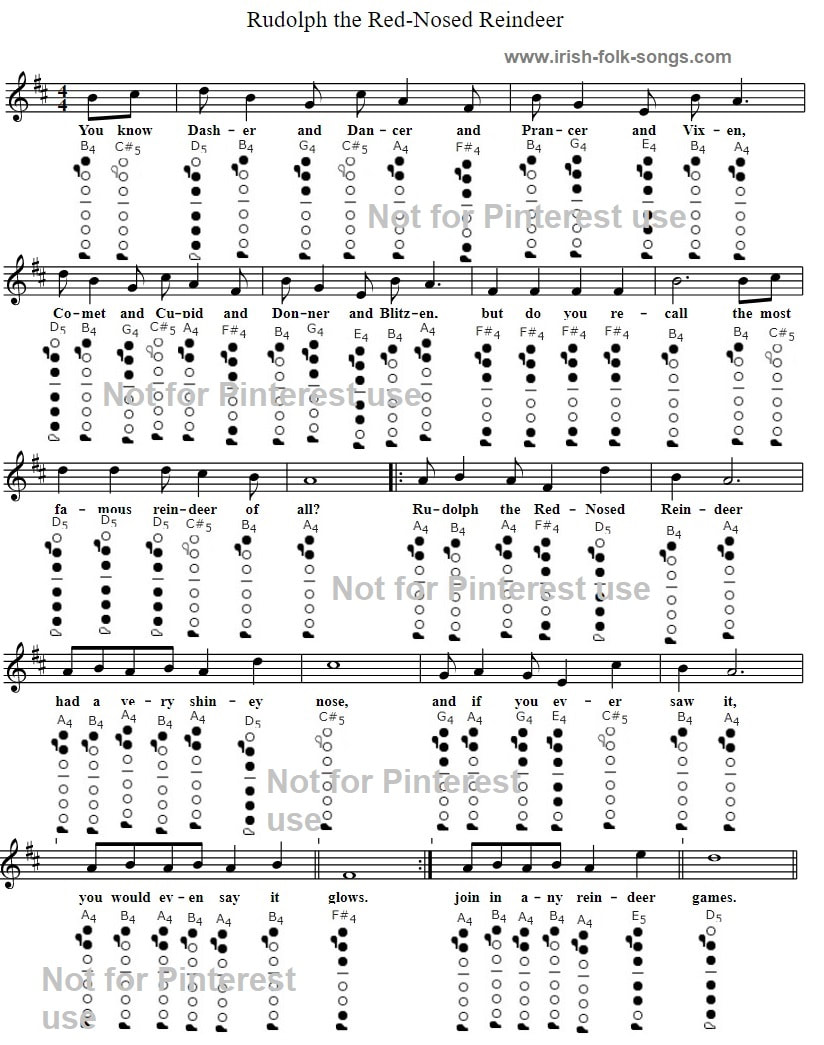 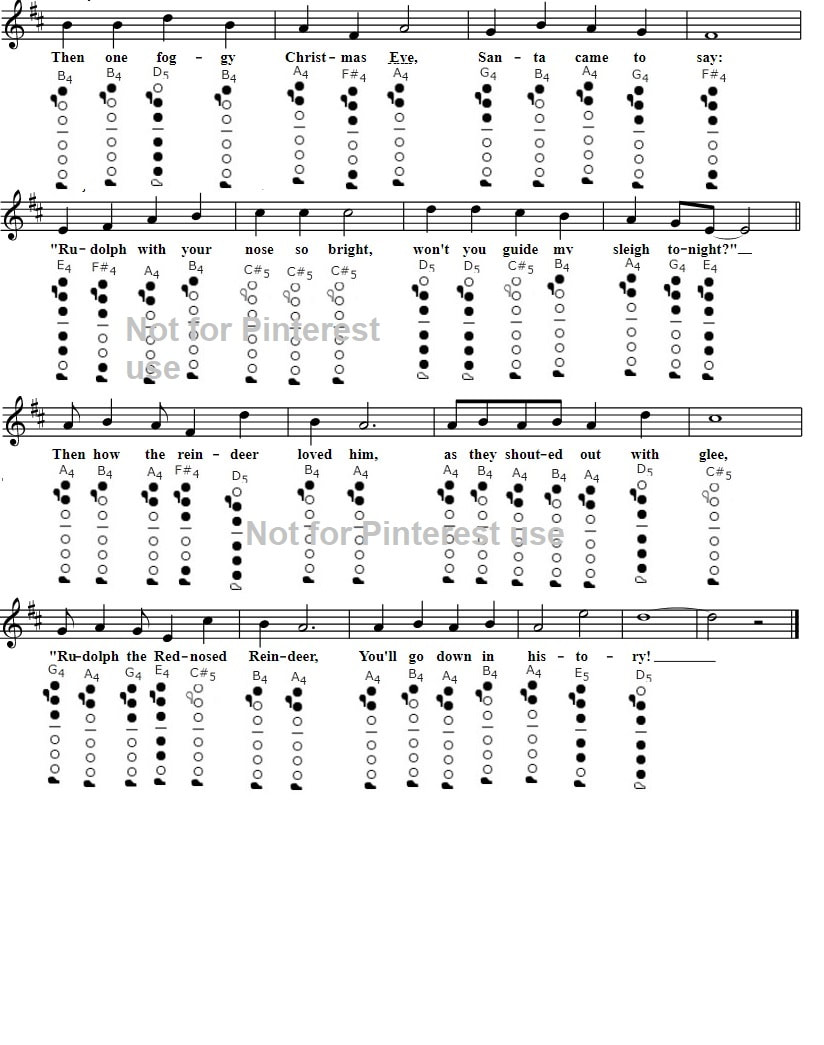 Rudolph the red nosed reindeer flute sheet music notes showing the finger position chart
Below is another version of the tin whistle notes in a higher key of D Major. 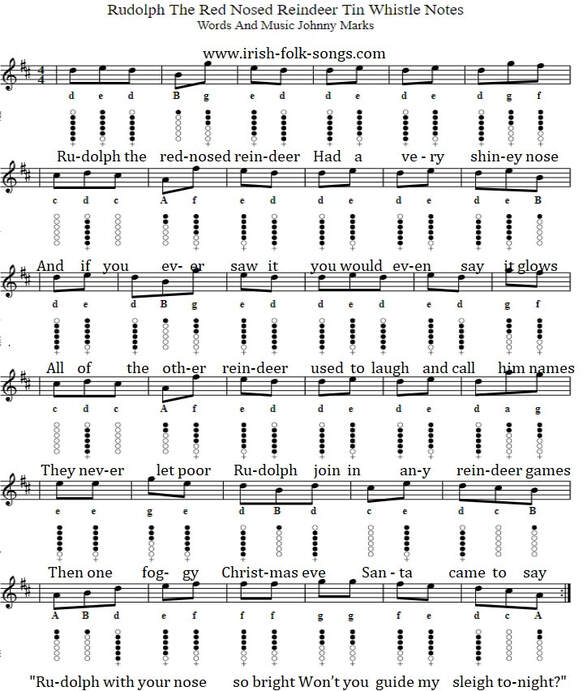 This version of Rudolph The Red Nosed Reindeer tin whistle sheet music is in the key of D Major. A high version.
​Below is the list of sheet music and tin whistle songs that are in my ebooks. This is the largest collection of tin whistle songs ever put together.[over 800 songs ] Including folk, pop and trad tunes plus German And French songs along with Christmas Carols.
All of the sheet music tabs have been made as easy to play as was possible.
​The price of the ebooks is €7.50