Pretty Susan The Pride Of Kildare Lyrics And Chords

The band in the youtube video are called Lyncroft and the son's from the album Tired And Tested Songs Of Ireland. There's a raft of great traditional folk songs on this album, including Carrickfergus Song and the Rocky Road To Dublin. There's seems to be only one version of the song here Pretty Susan The Pride Of Kildare, it's such a good song I thought other ballad singers would of recorded it. 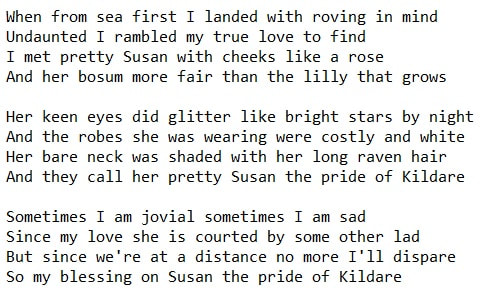