The guitar tab is now included plus the letter notes for whistle and piano keyboard / accordion. Morrison's Jig is the 5th. most popular tune on The Session website out of the top 100. In The Key Of D. Some say this is an easy tune to learn, I don't agree. But as jigs go I suppose it's not as difficult as some. Included is another tune called The Rakes Of Mallow. These two tunes were recorded by tin whistle player Anna Robinson who's a great player. She combined the two tunes and named it ''An Old Pair Of Shoes''. I get plenty of requests from whistle players looking for a tune called a pair of dancing shoes. So along with Morrison's I now have The Rakes Of Mallow here on the same page. The sheet music here is slightly different than the way Anna Robinson plays it.​Morrison's jig sheet music notes in solfege Do Re Mi format for beginners. The solfege [ Do Re Me ] format of playing is popular in South America and in many parts of Europe.​Morrison's Jig violin sheet music for beginners now added. 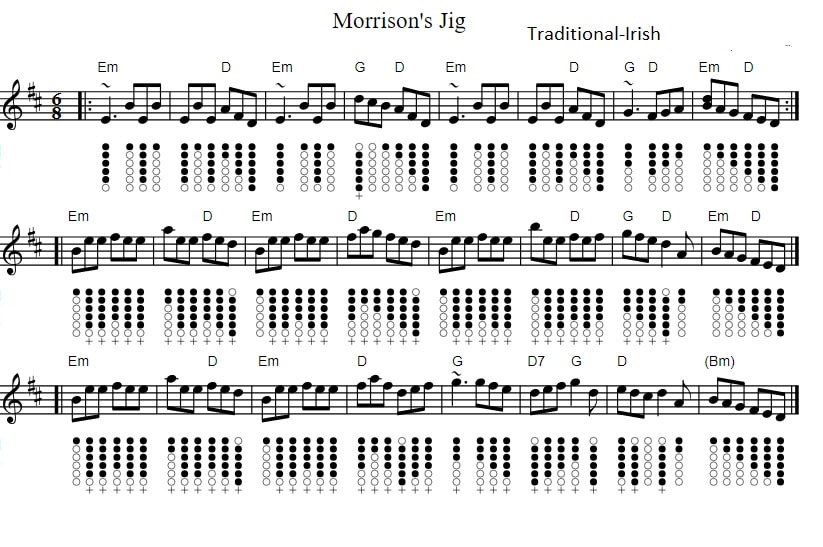 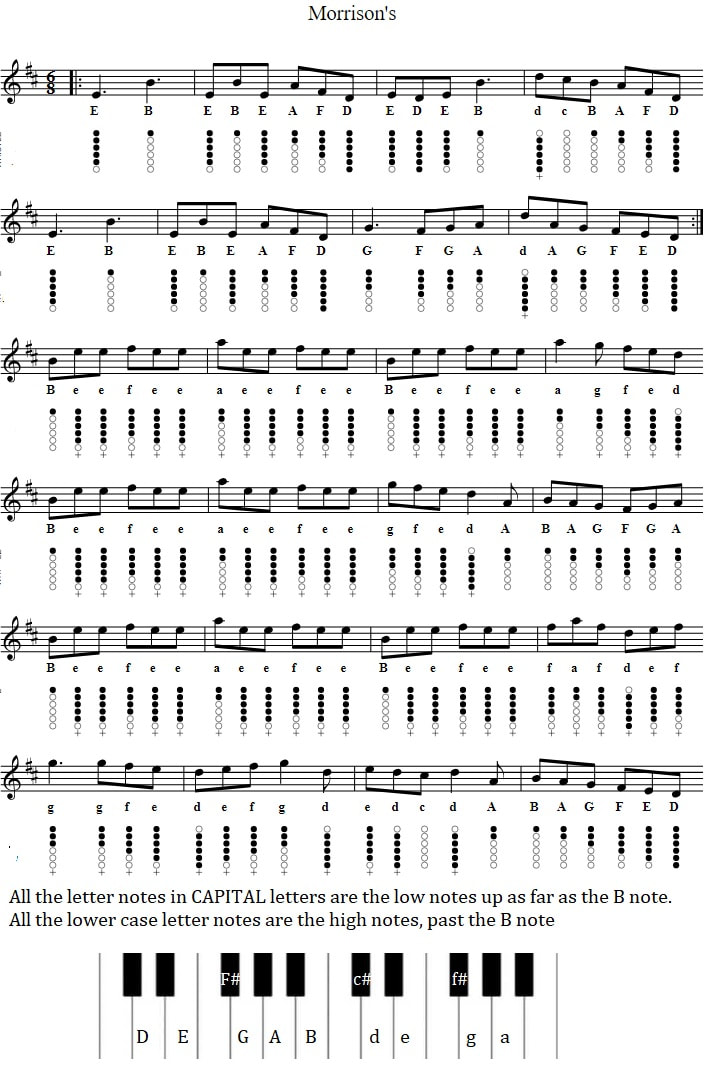 Morrison's Jig Letter Notes For Piano Keyboard And Tin Whistle
​​Below is the list of sheet music and tin whistle songs that are in my ebooks. This is the largest collection of tin whistle songs ever put together.[over 800 songs ] Including folk, pop and trad tunes plus German And French songs along with Christmas Carols.
All of the sheet music tabs have been made as easy to play as was possible.
​The price of the ebooks is €7.50
Morrison's jig sheet music notes in solfege, Do Re Mi format for beginners of traditional music. 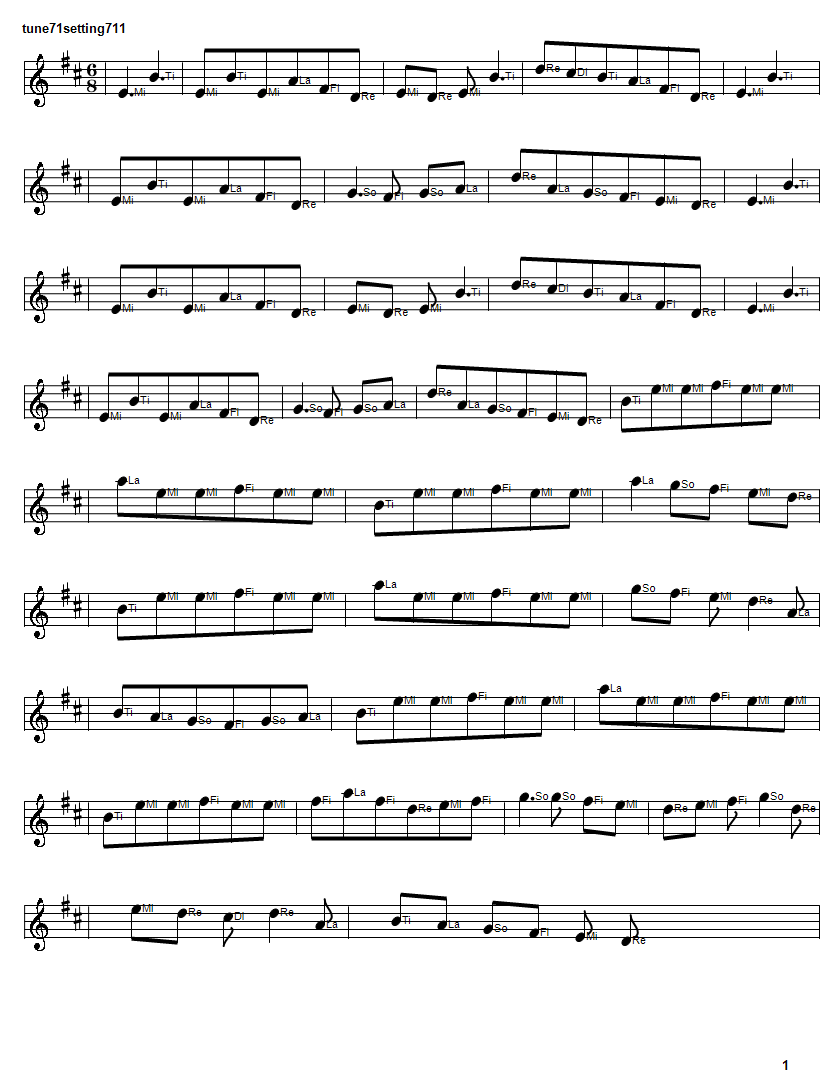 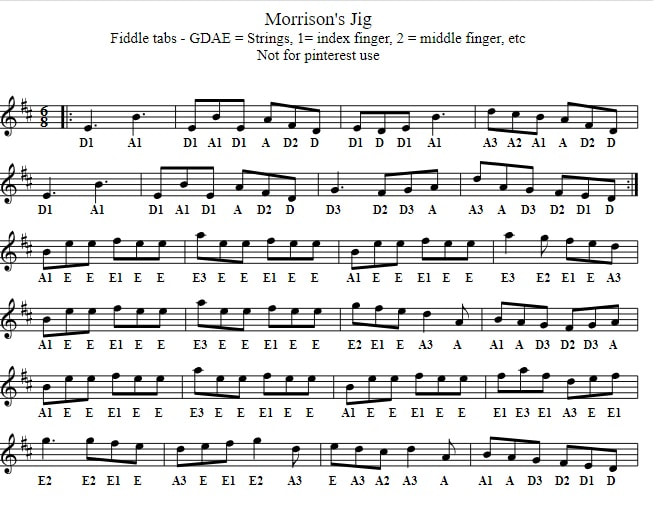 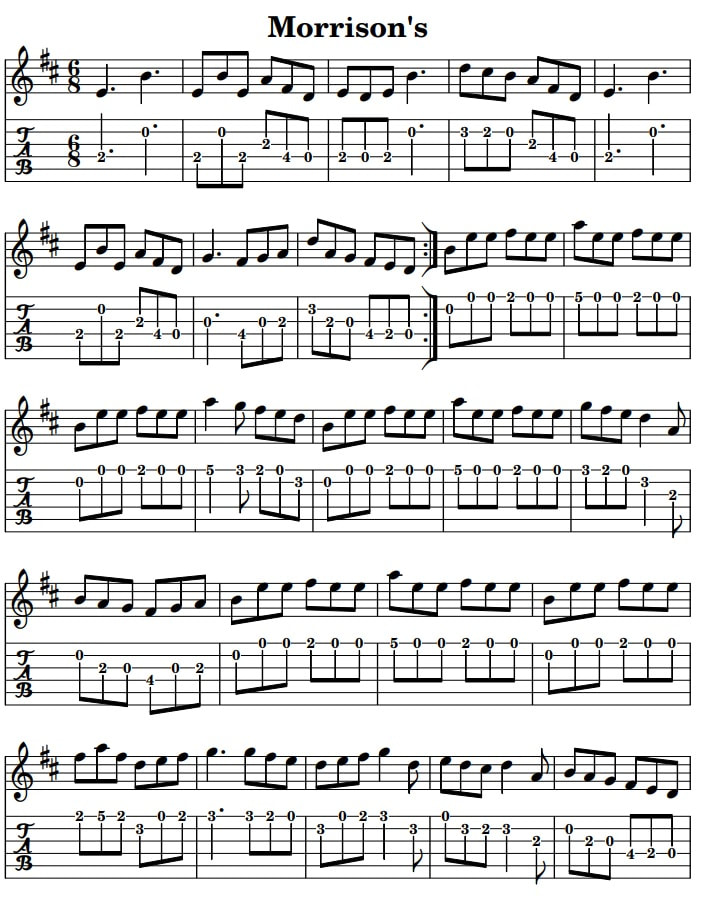