Johnny is one of my favorite singers of all time, seen he rakes of times, if Johnny McEvoy ever comes your way, go and see him, you wont be disappointed.  The sheet music tab for the tin whistle is included. The song was written by Johnny in 1995. There's other songs about Michael Collins on the site including Michael Collins Lyrics by Derek Warfield former member of The Wolfe Tones.

Here's the poem which comes before the song.
The curlew stood silent and unseen
In the long damp grass
And he looked down on the road below him
That wound its way through Beal Na mBlath
And he heard the young men shouting and cursing
Running backwards and forwards
Dodging and weaving and ducking the bullets
That rained down on them
From the hillside opposite.

Just as quickly as it started the firing stopped
And a terrible silence hung over the valley
A lone figure lay on the roadside
In the drizzling August rain
Dressed in green cape coat, leggings,
And brown hobnail boots
That would never again
Set the sparks flying from the kitchen flagstones
As he danced his way through a half-set

A hurried whispered act of contrition
And the firing breaks out again
The curlew takes to flight
And as he flies out over the empty sad fields of West Cork
With his lonesome call
He must tell the world
That the big fellow has fallen
And that Michael is gone
On[G] a far off August day,cold young[C] men in ambush[G] lay,
On a roadside on a hill where flowers[D] grow,
So much[G] hate for one so young,who was[C] right and who was[G] wrong,
Though a thousand years may[D] pass we'll never[G] know.
[Chorus]
Candles[G] dripping blood,they placed beside your [C]shoulders,
Rosary[D] beads like teardrops on your[C] fin[G]gers,
Friends and comrades standin' by,in their[C] grief they wonder[G] why,
Michael [D]in their hour of need you had to[G] go.
[2]
And when evening twilight came,gentle fell the August rain,
Oh but you lay still and silent on the ground,
As we hung our heads in prayer,in our sorrow and dispare,
We wondered was it friend or foe who shot you down,
[Chorus]
[3]
Now the flame that you held high,when you called out to the sky,
To end this sense less killing and this shame,
Has now passed to other hands and is carried through the land
By some not fit to even speak your name. 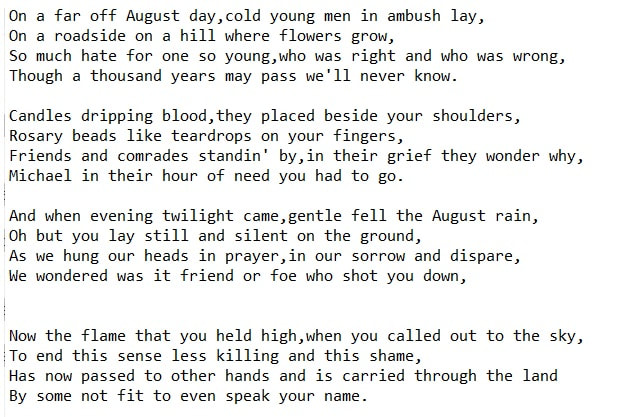 Candles[D] drippig blood,they placed beside your [G]shoulders,
Rosary[A] beeds like teardrops on your[G] fin[D]gers,
Friends and comrades standin by,in their[G] grief they wonder[D] why,
Michael [A]in their hour of need you had to[D] go.
The Easter Rising [ song ] was a launching pad for Michael Collins
At 16 he worked in England and joined the I.R.B.
There he became convinced that independence could
only be achieved by force.
He returned to Dublin Jan.1916 and during Easter week
served as Joseph Plunkett's aide in the G.P.O.
He was described as the most effective officer there.

After the rising he was interned in Wales and while
there he set up a branch of the I.R.B. and after his
release in Dec.1916 rose to prominence in the orgnisation
and became a dominant figure in the Irish Volunteers [ song ].
He went on to co-ordinate the republican campaign
in the war of independence 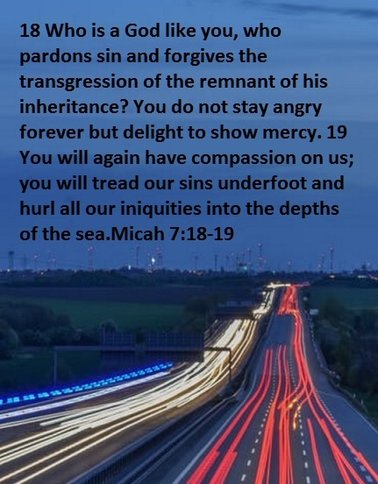 Below is the tin whistle sheet music notes- As far as I know Johnny plays this in the key of B. The version here is in G and worked out on a D whistle. 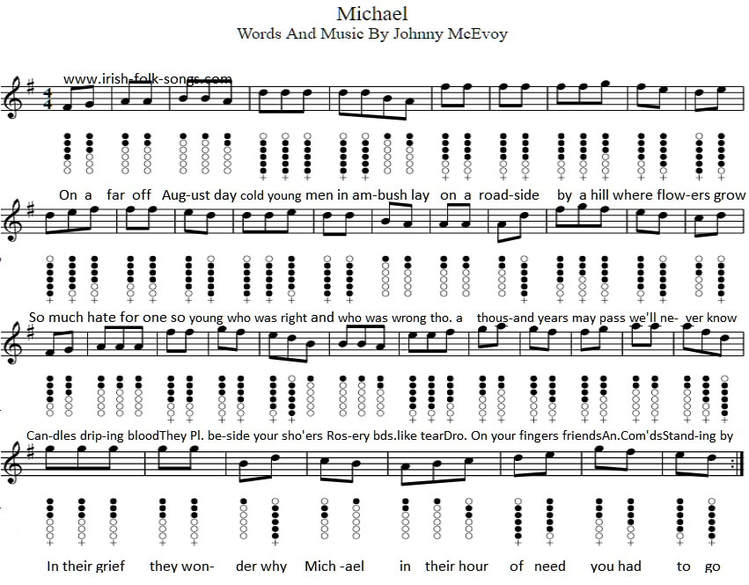 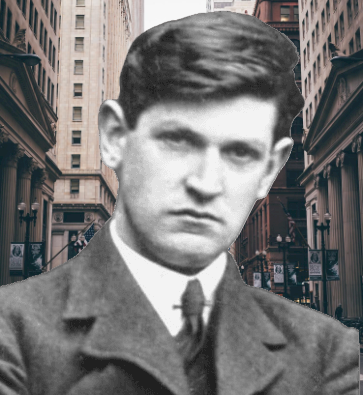 Michael Collins song by Johnny McEvoy
​Below is the list of songs that are in the sheet music ebook. This is the largest collection of tin whistle songs ever put together.[About 300 songs ]
All of the songs have been made as easy to play as was possible.
​The price of this ebook is €7.50 and it will be emailed to you after payment.