From 1900s, A traditional Irish song. First recorded by Gracie Fields.The full Sheet music notes included plus the 5 string banjo chords. The song was also recorded by The Irish Rovers ballad group, Jean Simmons, Ann Breen who recorded the Big Tom hit Gentle Mother song , and Elenor Shanley. Ruby sings it in the key of C and she's the singer in the youtube video. The sheet music notes for tin whistle are included. The guitar chords in C Major are in Chordpro.​ Let him go let him tarry violin sheet music for beginners added.
[C]Let him go, let him[C7] tarry,[F] let him sink or let him [C]swim;
He[G7] don't care for me, and I'm sure I don't for [C]him
[C]He can go and find an[C7]other, and I[F] hope she'll bring him[C] joy
For[G7] I'm goin' to marry a far nicer [C]boy.
Farewell to cold winter, now that summer's come at last;
Nothing have I gained, but my true love I have lost.
I'll sing and I'll be happy like a bird upon the tree
For since he deceived me, I care no more for he.
chorus
He wrote me a letter saying he was very bad,
I sent him back an answer saying I was very glad.
He wrote me another saying he was well and strong,
But I care no more for him than the ground he walks upon.

He can go to his old mother,now, and set her mind at ease,
For she's a mean old woman, and very hard to please,
It's slighting me and talking ill is all she's ever done
Since I was courtin' her great big ugly son

Below are the 5 string banjo chords in the key of C Major. 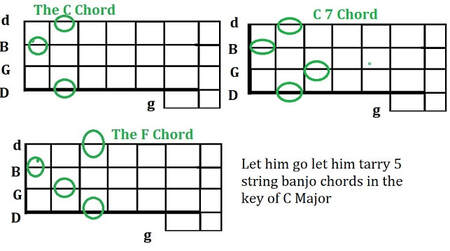 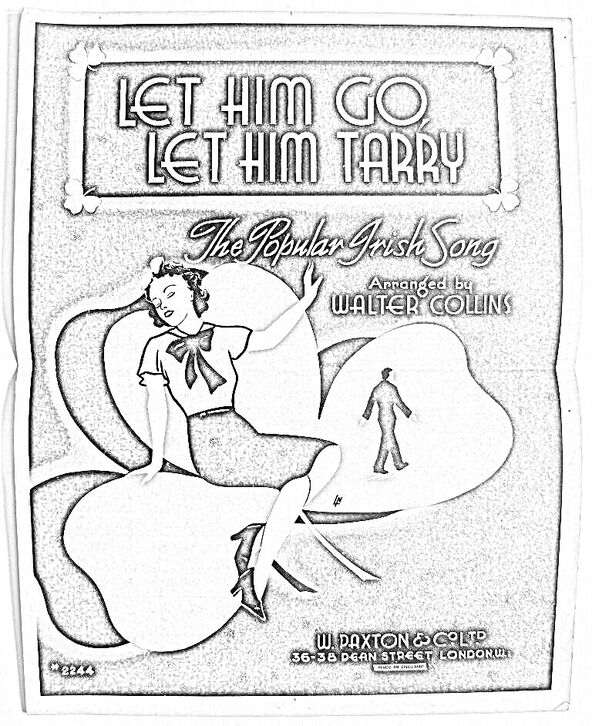 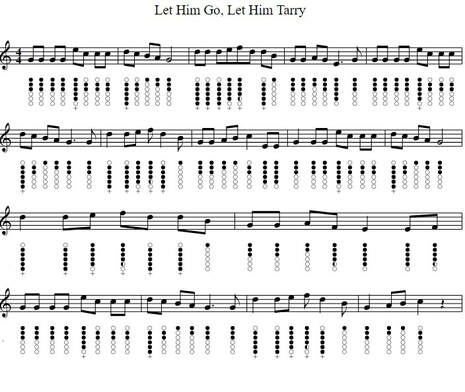 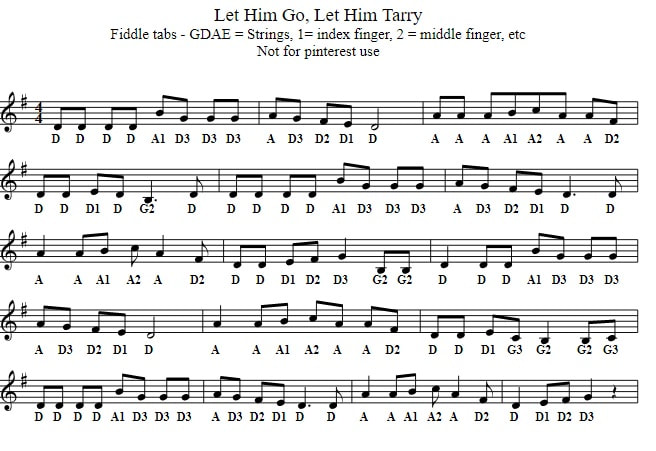 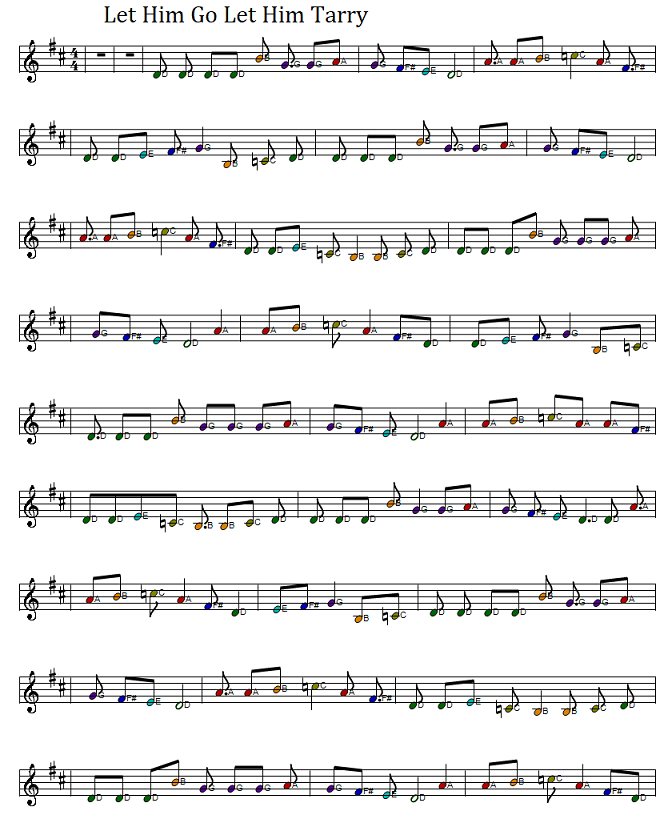 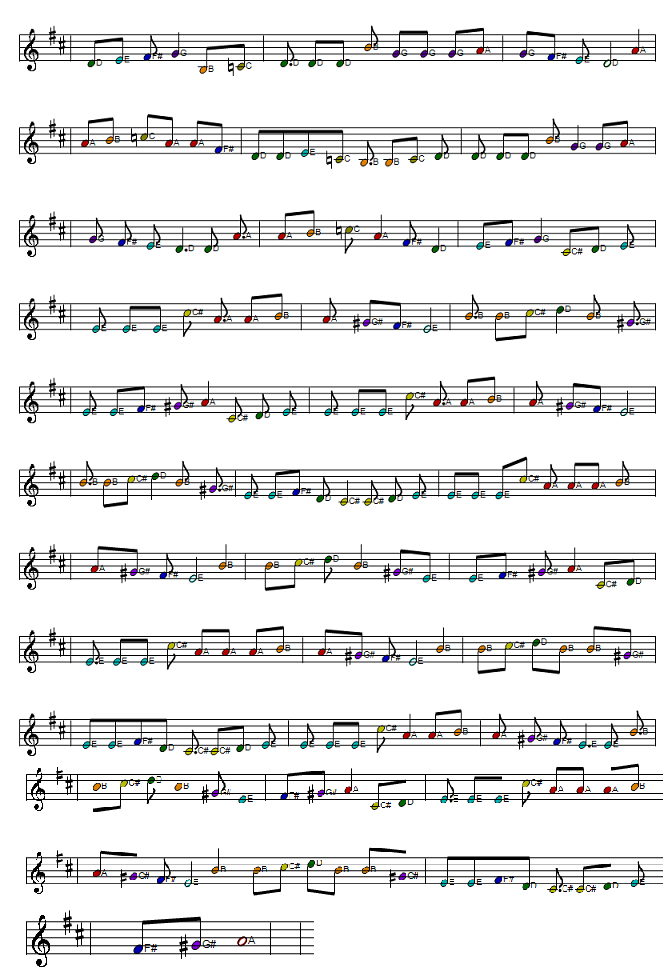