Isle Of Hope Isle Of Tears Lyrics And Guitar Chords

Isle Of Hope Isle Of Tears Song Lyrics And easy guitar chords in chordpro in G Major. Recorded by Celtic Thunder, Written by Brendan Graham who also is the songwriter of Rock N' Roll Kids [ song lyrics ]. Also recorded by Mylene Ford, The Celtic Tenors, Celtic Woman / Thunder, Sean Keane and the man himself Brendan Graham. Irish folk singer Tommy Flemming sings the song at almost ever show he plays it and has become a standard over the years for Tommy. The tin thistle sheet music notes . A few years ago the folk group The Whistlin' Donkeys from Tyrone recorded the song which was a big hit on youtube.
Song Lyrics And Easy Guitar Chords In The Key Of G
[G]On the first day[D] on January,
[C]Eighteen ninety-[G]two,
They[C] opened Ellis[Am] Island and they[C] let
The people[D] through.
[G]And the first to cross the[D] treshold
Of that[C] isle of hope and[G] tears,
[C]Was Annie Moore from[Am] Ireland
Who was[C] all of fifteen[D] years.

In a little bag she carried
All her past and history,
And her dreams for the future
In the land of liberty.
And courage is the passport
When your old world disappears
But there's no future in the past
When you're fifteen years

When they closed down Ellis Island
In nineteen forty-three,
Seventeen million people
Had come there for sanctuary.
And in Springtime when I came here
And I stepped onto it's piers,
I thought of how it must have been
When you're fifteen years. 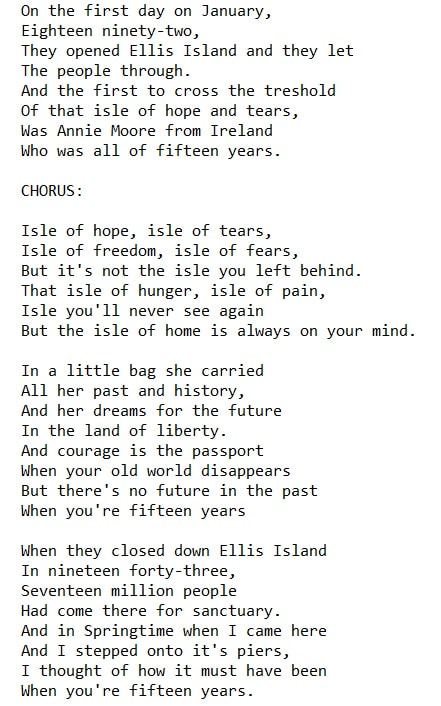 Isle of [C]hope, isle of[D7] tears,
Isle of freedom, isle of[Em] fears,
But it's[C] not the isle you [Am]left be[D]hind.
That isle of [C]hunger, isle of[D7] pain,
Isle you'll [G]never see a[Em]gain
But the[C] isle of home is al[D]ways[C] on your[G] mind
Above are the tin whistle notes. Please note that in the chorus where the word ''Hunger'' is, I used a D note for '''ger. In reality this note should be a low c. But as we know you can't get a low c from a whistle in the key of D. It doesn't sound too bad playing the D.

Please note - If your not a regular visitor to this site, I use CAPITAL letters for the notes up as far as the B. After the B I use lower case letters. When you see an F then that F is generally a # sharp. 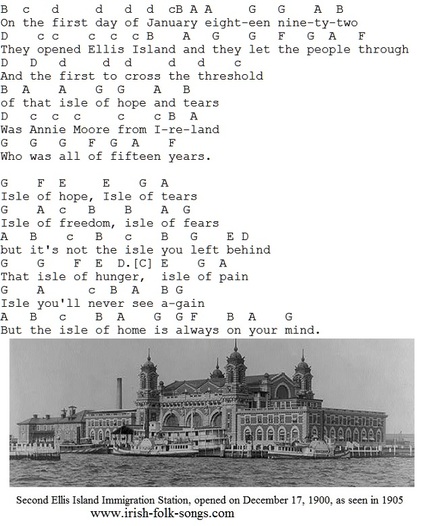 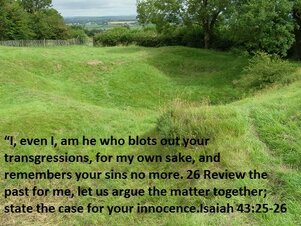 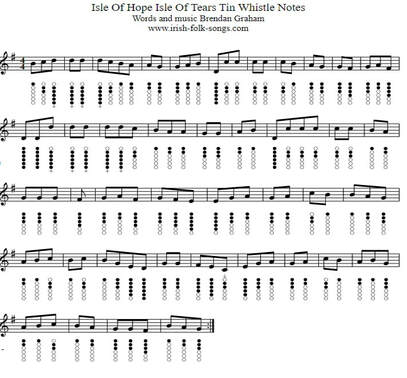