This is a traditional Irish rebel song recorded by Paddy Reilly, Barleycorn and The McNulty family. I have given the guitar chords in two different keys including the Key of C which Paddy Reilly sings the song in the youtube video. It was also recorded by Gary Og, The Jolly Beggarmen and The McNulty Family. The last verse is seldom sang anymore but it was part of the original song. The tin whistle sheet music notes are included.
Words With Chords In G Major

At[G] a cottage door one[C] wintery[G] night
As the snow lay[C] on the[G] ground
Stood a youthful Irish[C] soldier boy
To the mountains he was[G] bound
His mother stood[C] beside him saying
You'll win my boy don't[G] fear
And with her loving arms[C] around his[G] waist
She tied his[C] bando[G]leer
[2]
Goodbye God bless you mother dear
I hope your heart wont pain
But pray to God your soldier boy
Your son wou'll sea again
And when i'm out on the firing line
It will be a source of joy
To know that your the mother proud
Of an Irish soldier boy
[3]
When the fighting it was over
And the flag of truce was raised
The leaders ordered the firing to cease
All Ireland stood amazed
Some men came up to the cottage door
Containing news in sad detail
Of her Irish solider boy
[4]
Goodbye God bless you mother dear
I'm dying a death so grand
From received in fighting
Trying to free my native land
And when im up in heaven above
In the land beyond the sky
You'll always be in the company of
Your Irish soldier boy.
[5]
Then goodnight farewell to Donegal, Kilkenny and Mayo.
Tipperary Derry and Tyrone, where the bushes Green do grow.
But when at night you'll knell and pray
It will be a source of joy, to know that you're in memory still
With you're Irish soldier boy. 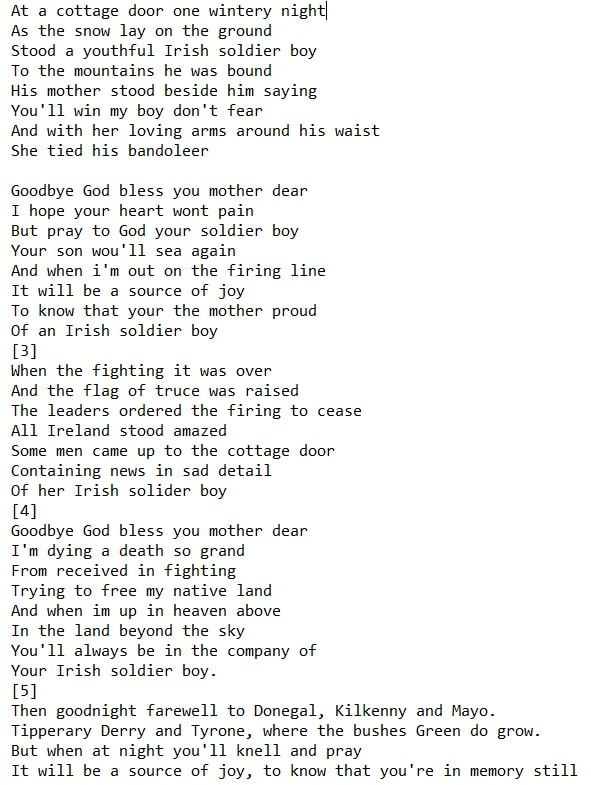 Here's the guitar chords in the key of C
as played by Paddy Reilly in the youtube video.

Below is an alternative version of the sheet music. 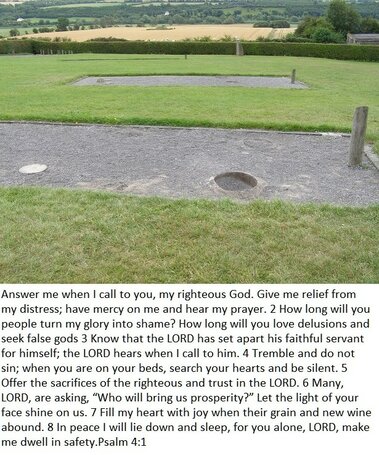 Below is an original piece of sheet music from 1950 for The Irish Soldier Boy. 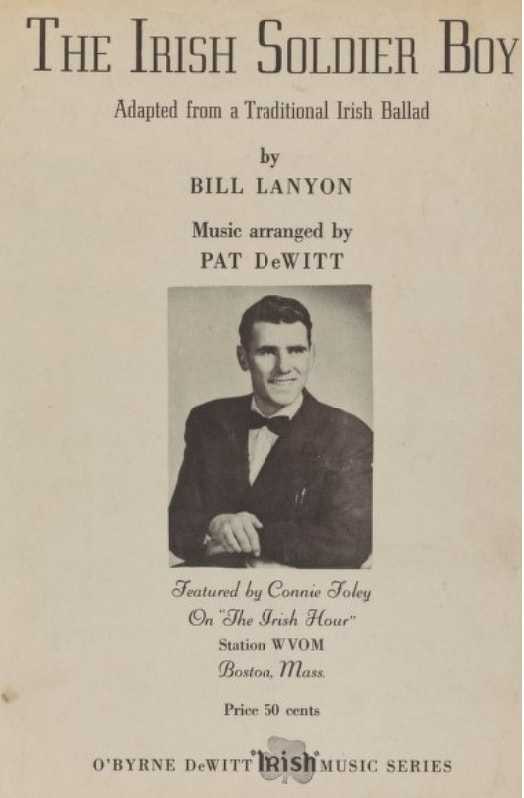 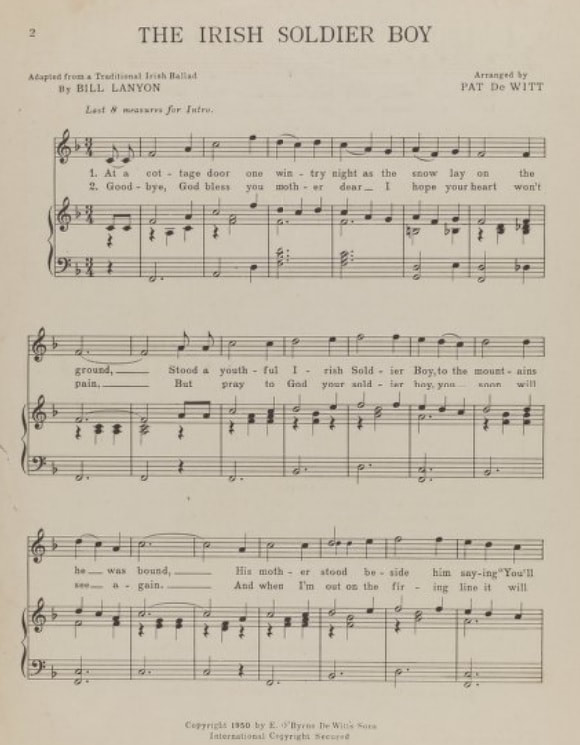 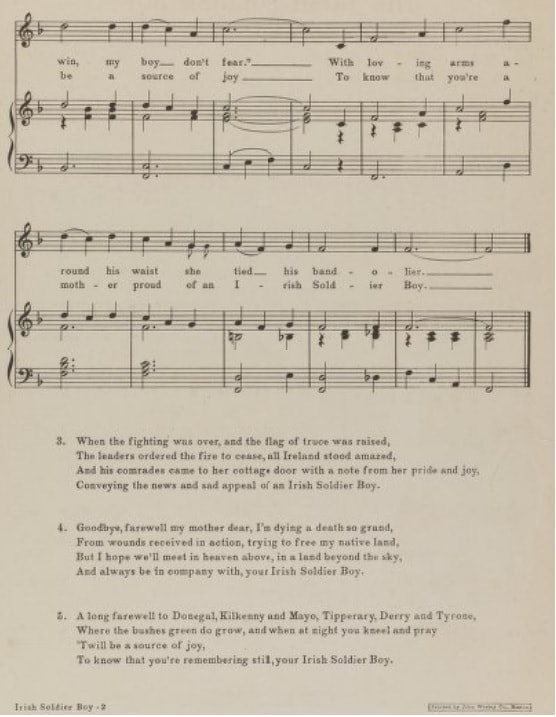