The easy to play guitar chords are in chordpro style. This Irish rebel [ pro I.R.A ] song was written by Tommy Skelly. Recorded by The Wolfe Tones and Gary 'Eire' Og'. I have given the guitar chords in two different keys. To play along with The Wolfe Tones play in the key of D major as that's the key Noel Nagle is singing in the youtube video. The sheet music and tin whistle notes are included. Celtic fans sing / chant this song ''the i the i the ira'' at football games along with many other rebel / I.R.A. songs. The Wolfe Tones play the song in the key of D. Gary Og also recorded many more ballads on the site including Irish Soldier Laddie Song .
Lyrics And Easy Guitar Chords In The Key Of G Major

Leave us be British solders leave us be
We're fed up with your lies and tyranny
It's now your turn to run,it's us who have the guns
Take a trip and leave us while you may


If you stay British soldiers if you stay,
You'll never ever beat the IRA
The fourteen men in Derry are the last that you will bury
So take a trip and leave us while you may. 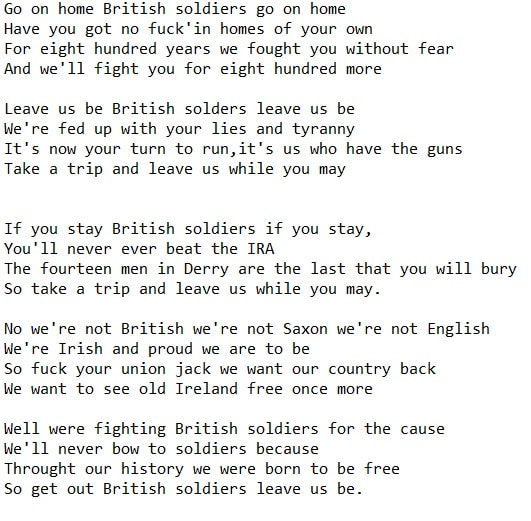 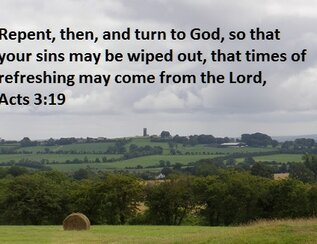 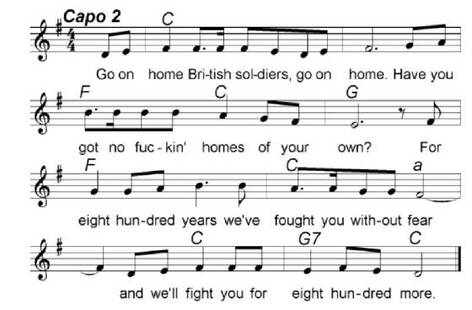 The above piece of sheet music is one version of this song in the key of C. Below is another version in G.
Notes for banjo/mandolin and tin whistle (Key = G)

[ The notes in CAPITAL letters are the low one's as far as the B, and the notes past the B in small letters are the high ones. ] The above letter notes and the tin whistle sheet music is in the key that Shebeen play the song in. 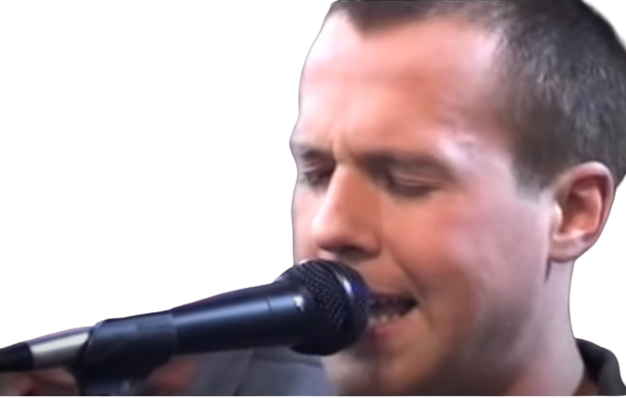 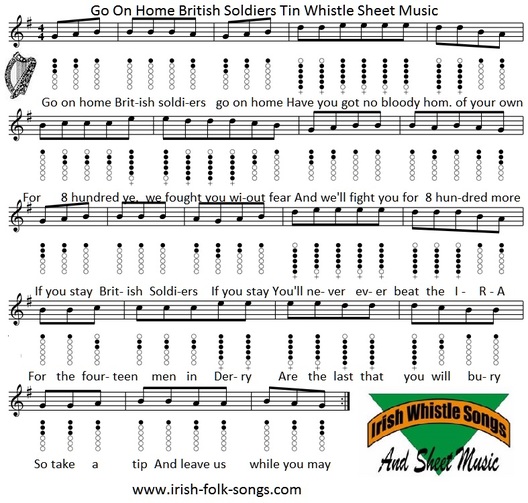 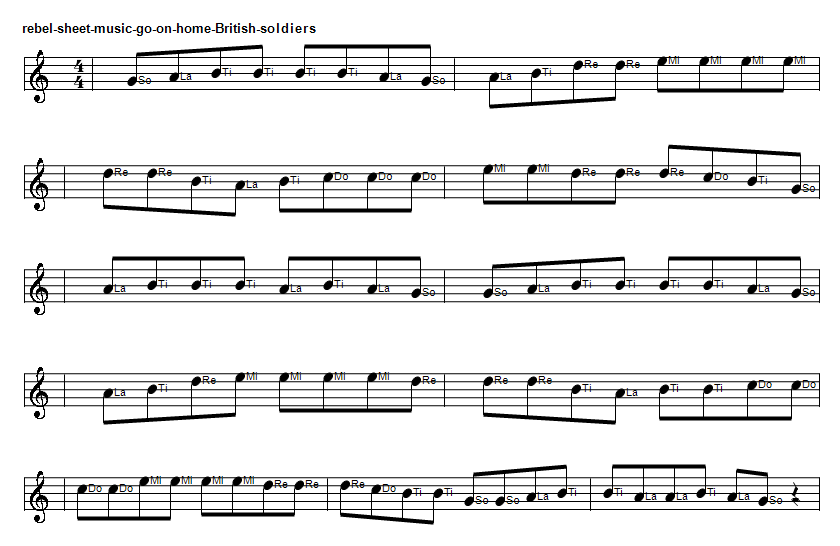