Flower Of Scotland Sheet Music And Tin / Penny Whistle Notes. The piano letter notes for the melody of the tune are included for anybody that doesn't read the dots and for recorder and flute players. I play this on a Susato D whistle. There are four pieces of music in total which use different keys. The first is in the key of G Major. Also included is the banjo / mandolin tab.Flower Of Scotland Lyrics and chords . the notes below are the basic letter notation which I have used on the youtube video where I play the tin whistle. If you are following the tune on the whistle remember that  I twist the whistle after playing the B note to get
the C# [ All The Holes Are Open For C#]. this is just my way of playing the note as I find it easy to get to the next note much quicker. The two D's that are in bold text are the high D's, I make them bold to distinguish them from the low D's. I only play the first verse and half the second
to give you an idea of how the song is played. These videos are only a guide to help you along the way. Eventually you'll develop your own style of playing. The sheet music below is not the same as what I'm playing. You'll often hear the Flower Of Scotland and Ireland's Call Song tune being played at international Rugby matches.
Flower of Scotland sheet music notes in Solfege do re mi forman in D Major 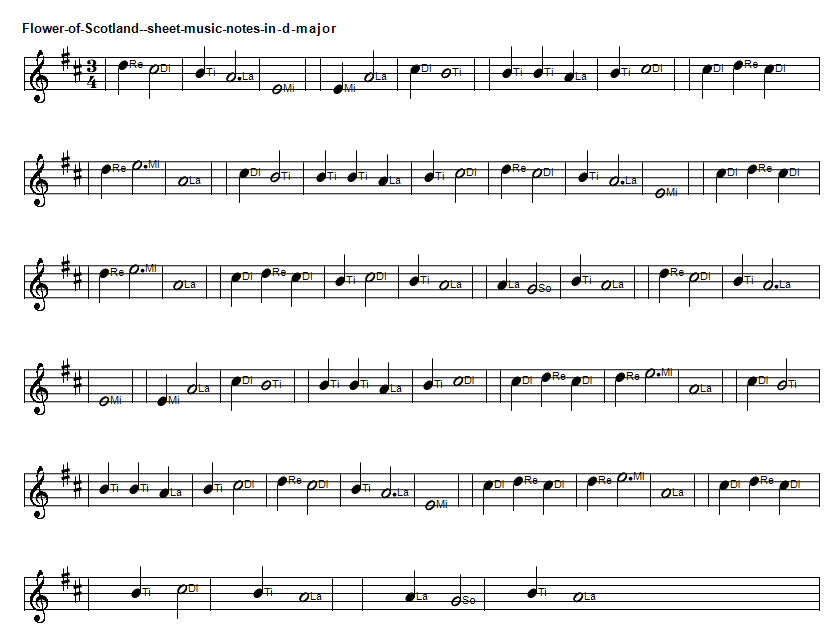 Below is the full version of the sheet music score for Flower Of Scotland in G Major. 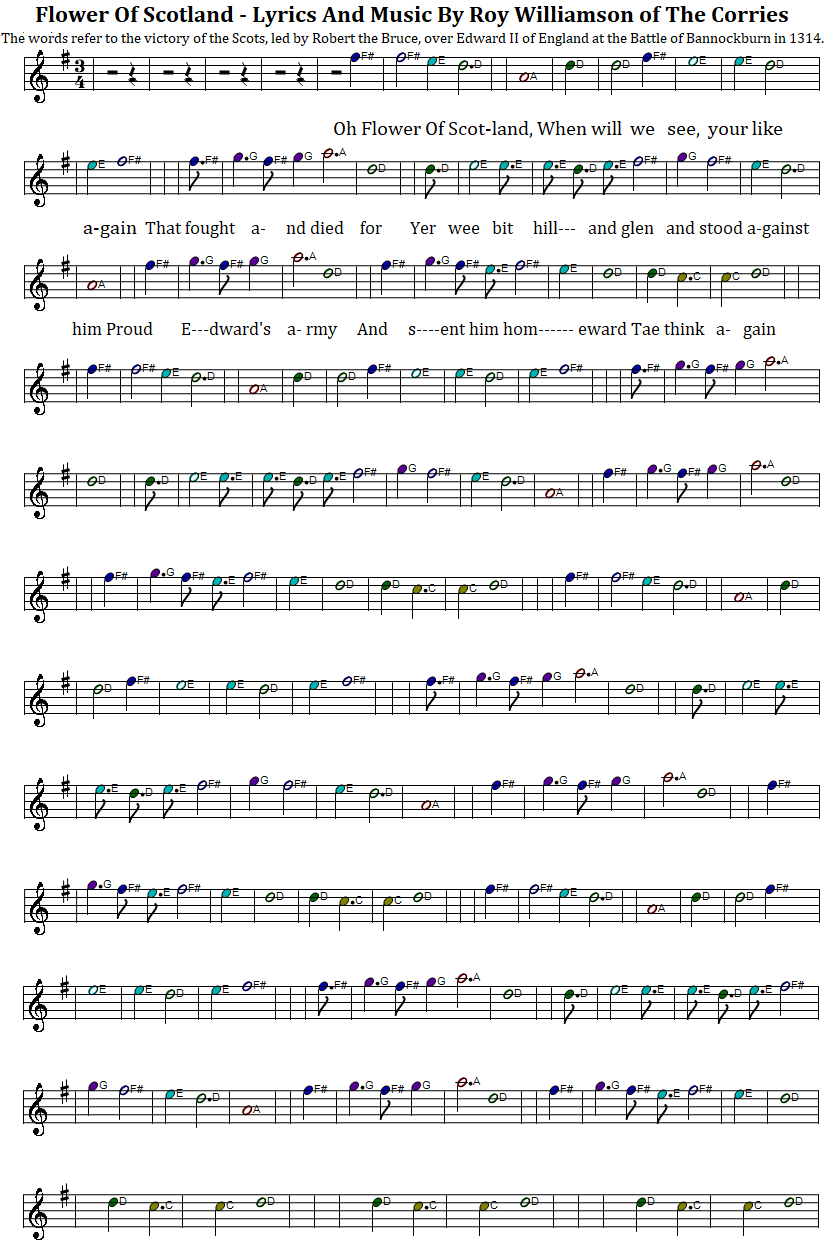