On the 11th November, 1957, Michael Watters, Co. Louth, George Keegan and Patrick Parle of Wexford, Oliver Craven of Newry and Paul Smith of Armagh,
lost their lives in the Fight for Irish Freedom.
Here's the lyrics and guitar chords for Edentubber, as played by Declan Hunt. 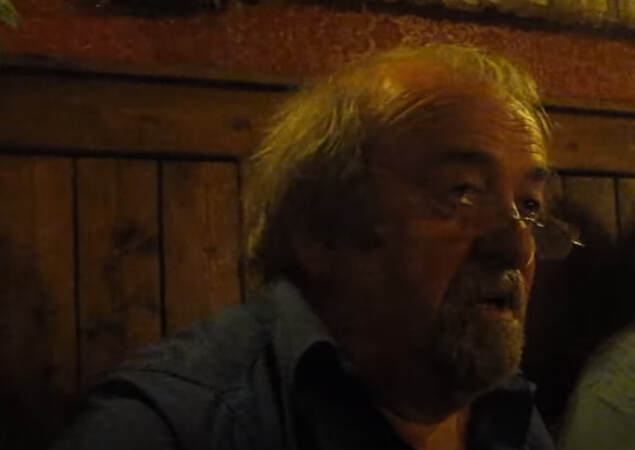 Declan Hunt - Irish Ballad Singer
You Irish both one and all, where ever you may be, Come raise your voice in sorrow, and mourn along with me,
​The death of our five darling sons, fills Erin with sad dismay, They died at Edentubber on a drear November day.

In '56 as Ulster's Sons, waged war, on England's Queen,
The call rang forth this island through, to all who loved the Green.
The brave and true then left their homes, and challenged England's might As they helped the Heroes of the North, in the unequal fight.

From Wexford came George Keegan, with heart as true as steel, Along with brave young Parle, for to man the Bearna Baoghail. Young Craven came from Newry and Paul Smith from Armagh town, For twelve long months they battled with the forces of the crown.

And Michael Waiters of Co. Louth, at the age of fifty four, Was still as true to Roisin Dubh as he was in days of yore. In his cottage by the Border, he gave a friendly hand
To those Freedom Fighters on the run, with them he took his stand.
On the eleventh of November, I am sorry to relate,
Mike Watters and those brave young men met with a cruel fate On their way to hit the foreign foe, as they left the cottage door, A land-mine exploded, and they're gone for ever more.

In Newry there is sorrow, and in Armagh City grand
For two brave men who lost their lives, in the fight to free their land. And Louth and Wexford mourn too, the death of their gallant sons, Old Ireland's lost five noble men who feared no British guns.
" CROM ABU"

PEARSE'S FAREWELL
(Patrick Parle sang this song to his comrades a few hours before his death at
Edentubber, November, 1957)


Farewell, farewell, beloved land farewell,
The May dawn breaks the last my eyes shall see, A chalice for my blood, thy soil shall be,
Erin my own land, Erin my own, farewell.

Our guns rang out like music o'er the land,
Though doomed to fail, our fight was not in vain, A captive bond thy strength could only bend,
One day shall burst love, one day when our sons unite.

High o'er my grave the lamp of hope shall burn, Guiding thy steps to liberty's high throne, A starry crown upon thy head shall be.
You shall be free, love, one day when I am dead.
Farewell, farewell the silent moon's aglow,
And marching steps draw near my prison door, I'll die for you, for you I'll ever pray,
From God's eternal, from God's eternal shore.