This tune is also know as Hitler Has Only One Ball. The tune was featured in the film The Bridge Over The River Kwai. The youtube video is of Royal Netherlands Military Police Band. The lyrics by Toby O'Brien were added around 1939. I have given 2 versions of the sheet music here. The whistle version goes as far up the scale to reach the high b note. The full theme tune sheet music score is now included for The Bridge Over The River Kwai Theme Tune.
.
Coloniel Bogey's March Solfege sheet music notes [ Do re mi ] 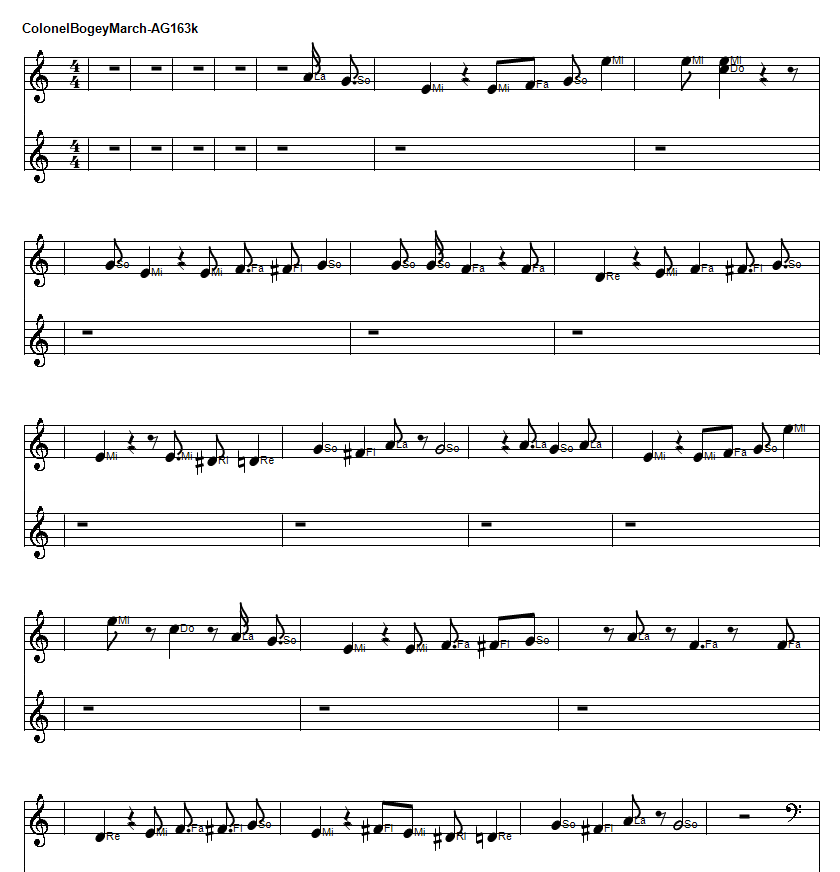 Below is a list of the most popular Traditional Irish Tunes for tin whistle which comes free when you
buy the tin whistle ebook . 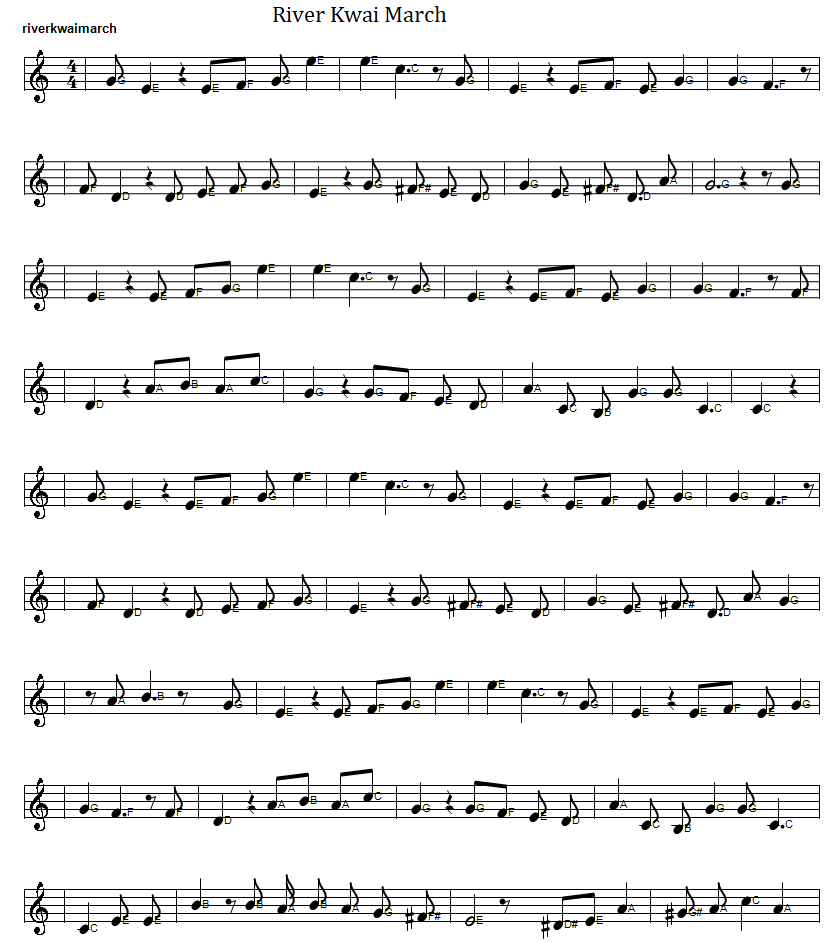 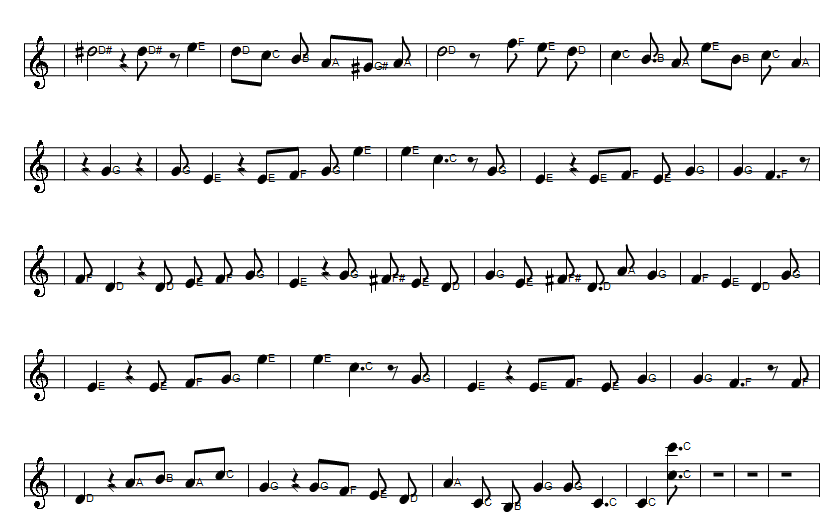