Au Clair De La Lune recorder letter notes with finger position chart included.  A French children's song, Au clair de la lune easy beginner piano notes now added plus the beginner violin sheet music. As with most of the kids songs they only use a couple of easy to play notes. It's quiet a short song. Back to the Kids Tin Whistle Song list . The sheet music is in several keys including the key of D, C And G Major with the basic easy piano keyboard letter notes. Finger chart for the recorder now included for beginners. 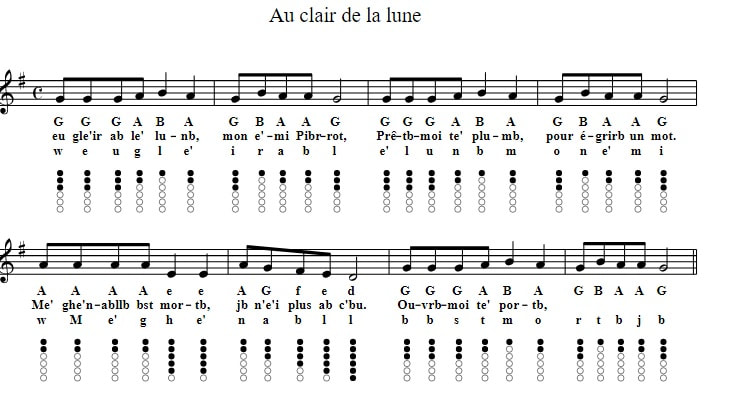 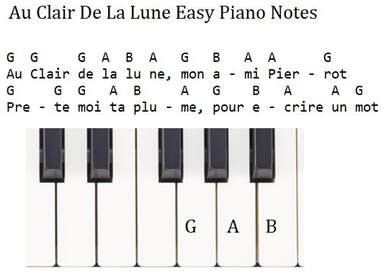 ​Below is the list of sheet music and tin whistle songs that are in my ebooks. This is the largest collection of tin whistle songs ever put together.[over 800 songs ] Including folk, pop and trad tunes plus German And French songs along with Christmas Carols.
All of the songs have been made as easy to play as was possible.
​The price of the ebooks is €7.50 and  will be emailed to you after payment. Please be patient. 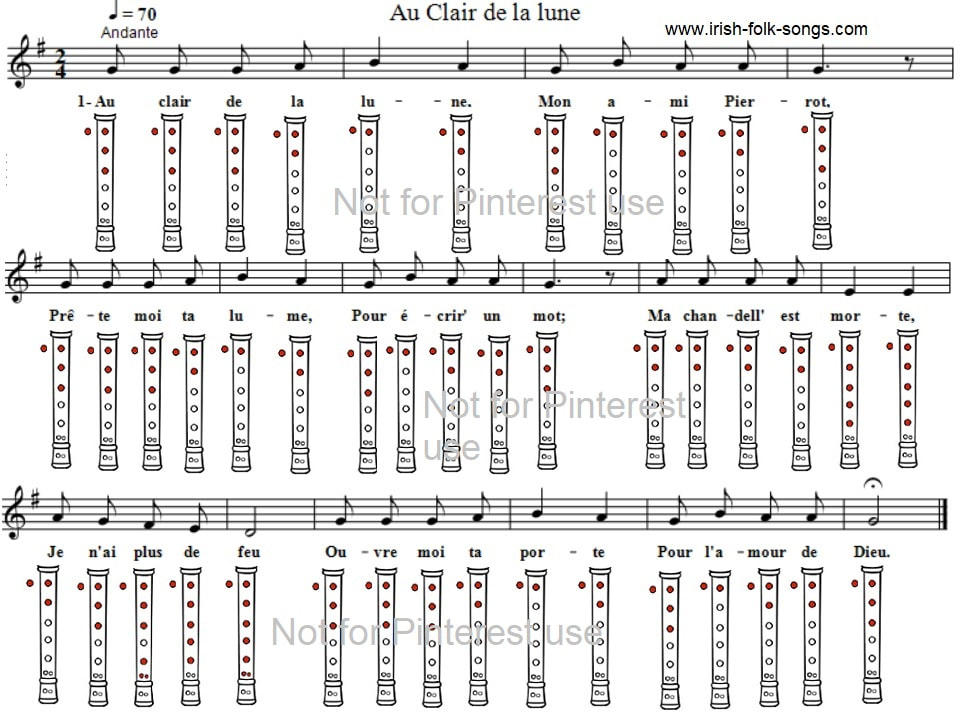 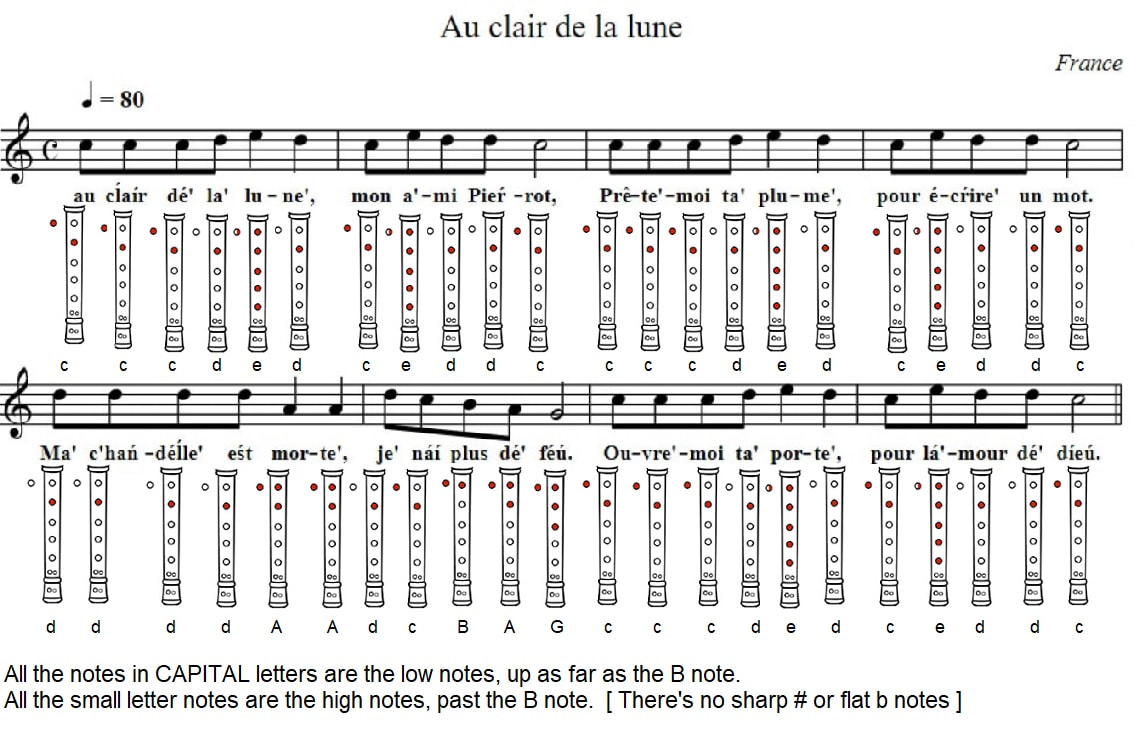 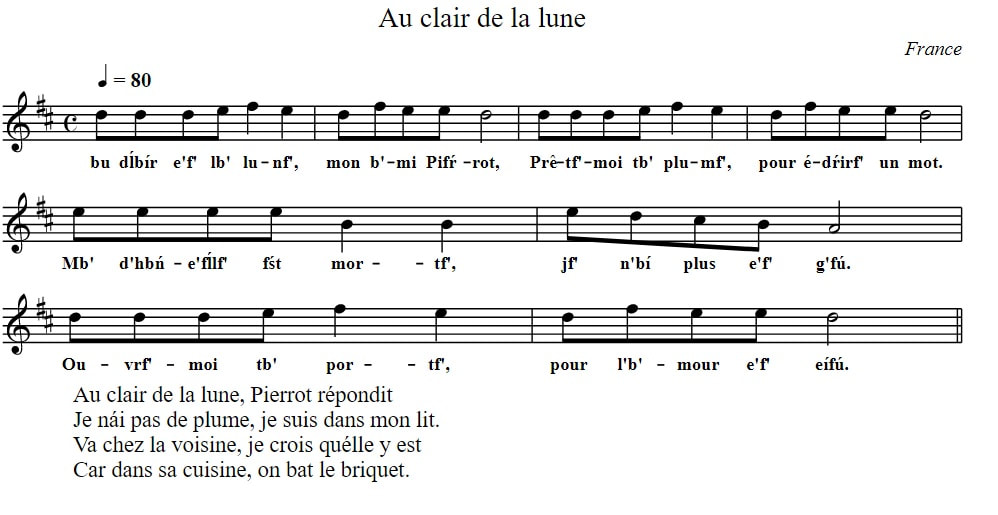 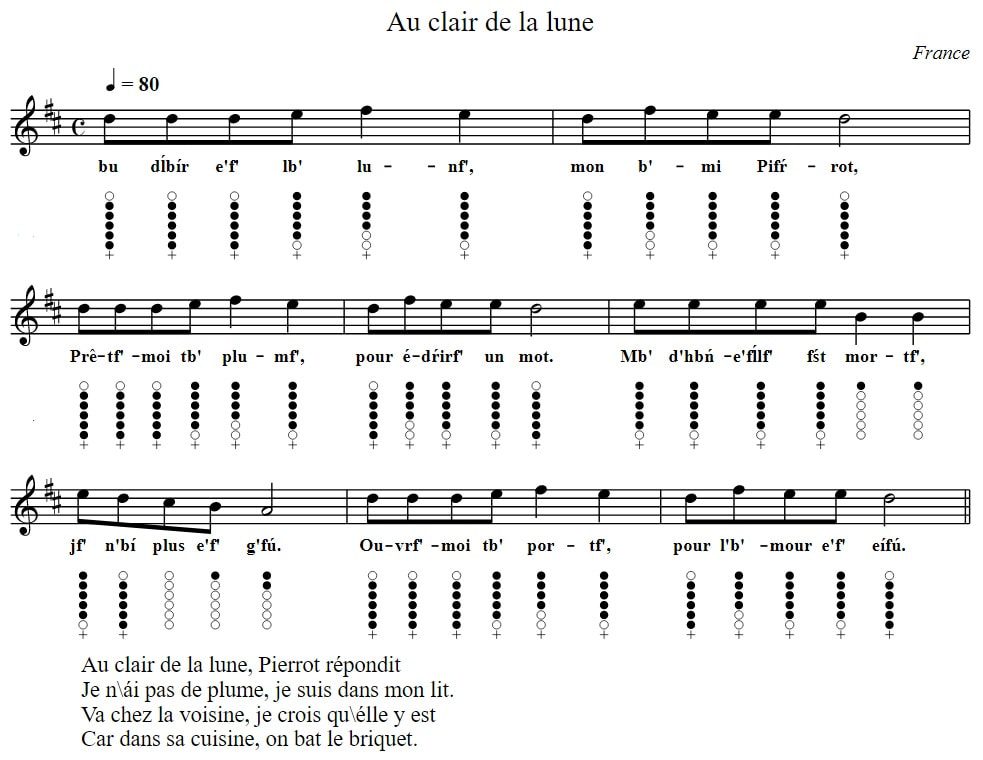 Au clair de la lune tin whistle notes in the key of C Major- Play the below version on your D whistle only. 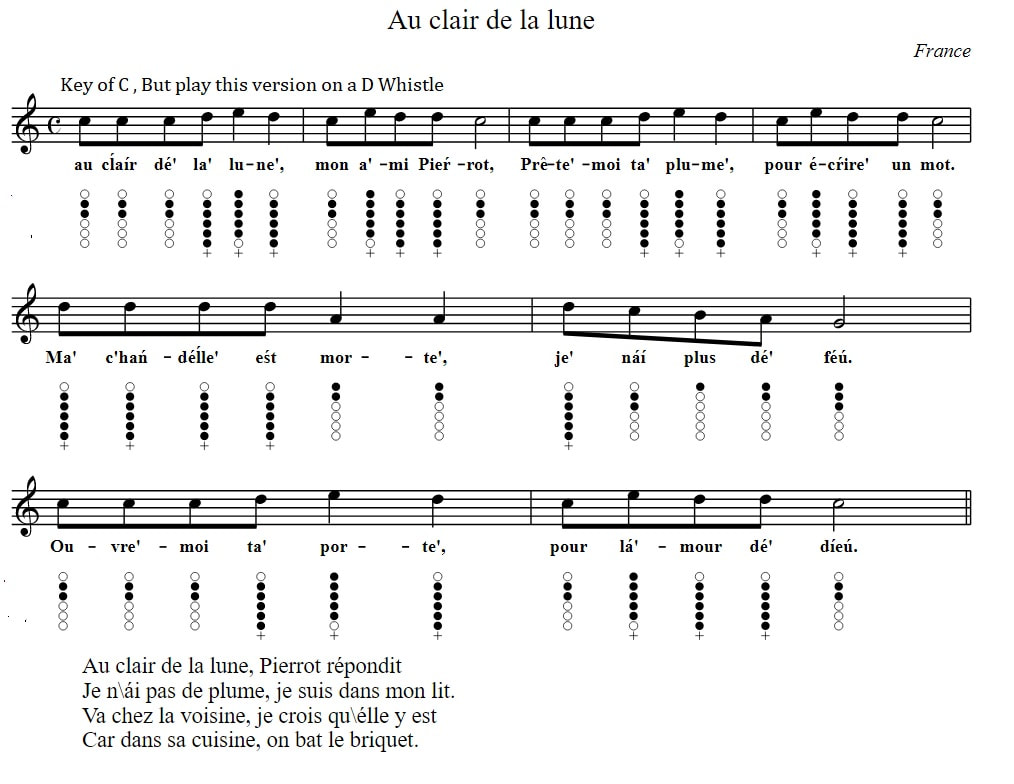