An Irish Harvest Day lyrics and chords about harvest time in Ireland long ago. Recorded by John Hogan who later went on to record My Father's House Song Also sang by Irish country singer Farmer Dan and John Hogan. The sheet music is included. Words and music by Michael Maloney. The youtube video is by Roisin Crawley and friends. There's a key change in her version, it starts in the key of C Major and the final verse and chorus is played in D Major. This is an optional key change. Chords by Angela who also provided the tin whistle sheet music notes. 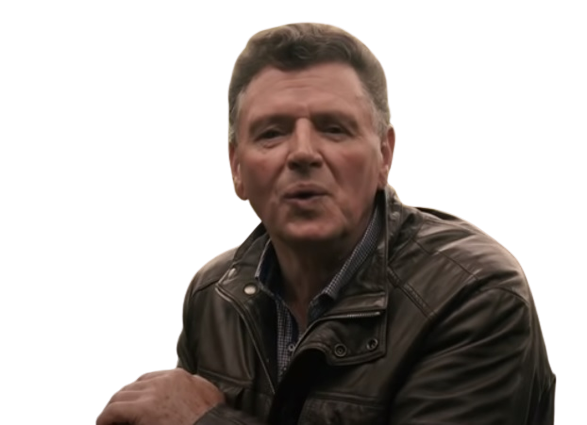 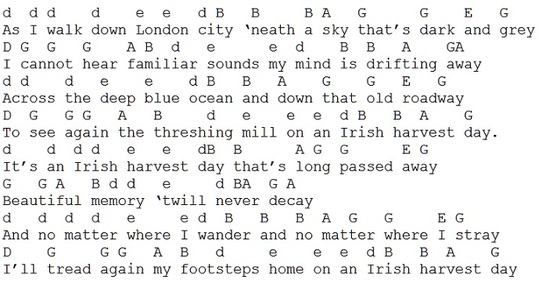 Country music in Ireland didn't start until the 1970s. This was well after it became popular in America and elsewhere. Country music in general is a  spin-off from Folk music, that's why when you have a good listen to a country song and it's timing you'll notice that it's very close to the beat of a folk song. At times it's hard to distinguish between the two. Country music in Ireland has really taken off in the last 20 years. There are now more bands playing country songs than folk
Sheet Music For An Irish Harvest Day in the key of G Major. 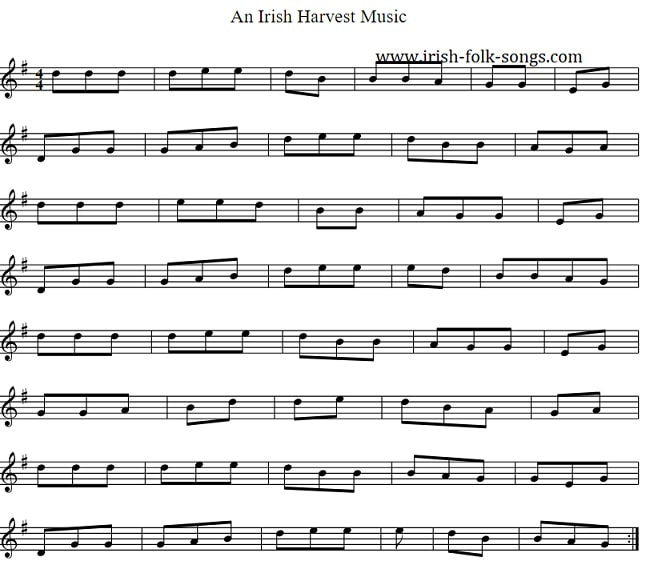 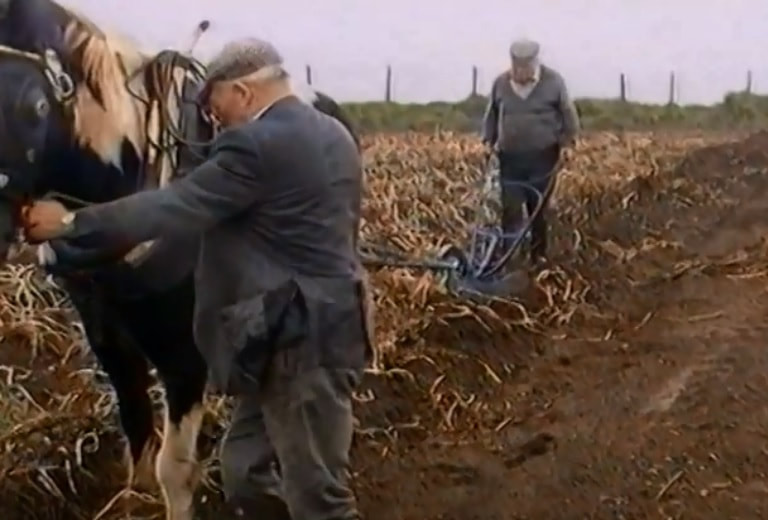