A Nation Once Again Lyrics And Guitar Chords

A nation once again easy tenor guitar / mandola tab in CGDA now included. Irish Rebel Song. Written By songwriter and republican Thomas Davis. This song as sung by ''The Wolfe Tones'' was voted no.1 by the B.B.C. world service in an open vote by it's listeners, strange when you consider the song gets no radio air play. Also recorded by The Dubliners with Luke Kelly on vocals.The 5 string banjo chords are included for the version in C Major. The song gained popularity in the 1970's when the Wolfe Tones included it on their album ''Let The People Sing''.
When[D] boyhoods fire was in my blood I[G] read of [A]ancient[D] free men
For[D] Greece and Rome who bravly stood three [G]hundred[Em] men and[A] three men
And[A] then I prayed I yet might see our[G] fetters [D]rent in twain
And[G] Ireland long a province [A] be a[D] nation[A] once[D] again
[Chorus]
A[D] nation once a[G]gain , a [Em]nation once a[A]gain
And[D] Ireland long a[G] Provence[A] be a[D] nation [A]once a[D]gain

And from that time through wildest woe that hope has shone a far light
Nor could love's brightest summer glow outshine that solemn starlight
It seemed to watch above my head in forum fields and fame
It's angle voice sang 'round my head a nation once again.

It whispered to that freedoms ark and service high and holy
Would be frefound my feelings dark and passions vain or lowly
For freedom comes from Gods right hand and needs a godly train
And righteous men must make our land a nation once again.

So as I grew from boy to man I bent me to that bidding
My spirit of each selfish plan and cruel passion ridding
For thus I hope some day to aid oh can such hope be vain
When my dear country should be made a nation once again.
​As far as I know it was Irish tenor singer John McCormack who first recorded the song back in the 1920's. It has since been recorded by many singers and ballad groups in and outside Ireland including, The Wolfe Tones, Eire Og, The Dubliners recorded just the first verse along with the chorus.Michael Flatley's Celtic Tiger also recorded it live. It's one of the most popular Irish folk songs of all time. The youtube video is by The Wolfe Tones. Guitar chords suitable for mandolin.
​A nation once again tenor guitar / mandola tab in CGDA 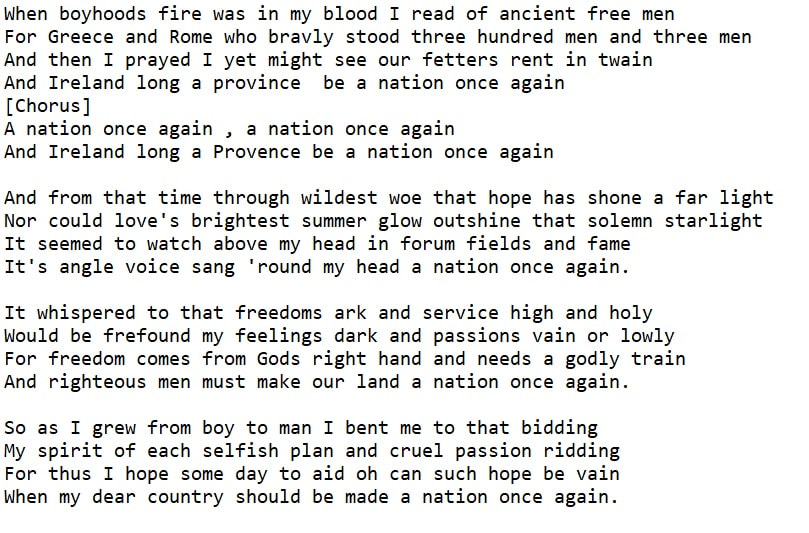 A nation once again lyrics by The Wolfe Tones

Chords in the key of C Major 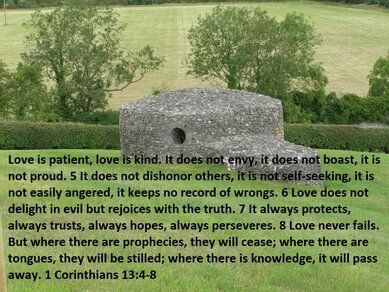 Included below are the chords in the key of C Major for the 5 string banjo.